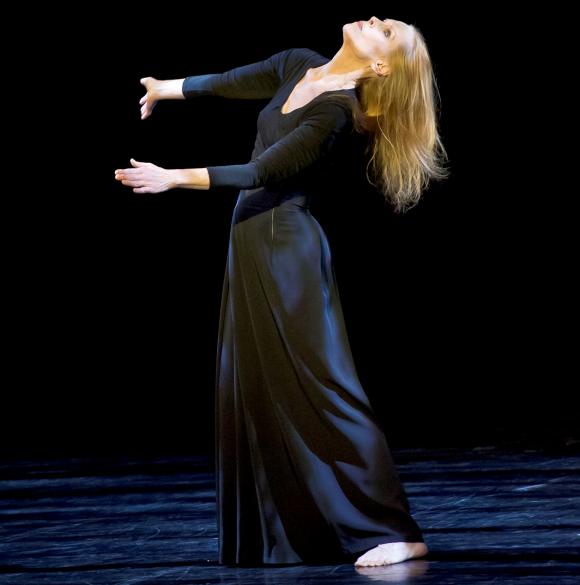 Author of the choreography of two performances in our festival, Short Stories and NOW, which she worked on with the dancers of her company / choreographer Carolyn Carlson will give a three-day masterclass dedicated to actor-dancers, choreographers and ballet dancers in Romania.

California-born Carolyn Carlson defines herself first and foremost as a nomad. From San Francisco Bay to the University of Utah, from the Alwin Nikolaïs company in New York to Anne Béranger’s in France, from Paris Opera Ballet to Teatrodanza La Fenice in Venice, from the Théâtre de la Ville de Paris to Helsinki, from Ballet Cullberg to La Cartoucherie in Paris, from the Venice Biennale to Roubaix, Carlson is a tireless traveller, always seeking to develop and share her poetic universe.

She arrived in France in 1971 the beneficiary of Alwin Nikolaïs’’ ideas about movement, composition and teaching. The following year, with Rituel pour un rêve mort, she wrote a poetic manifesto that defined an approach to her work that she has adhered to ever since: dance that is strongly oriented towards philosophy and spirituality. Carlson prefers the term “visual poetry” to “choreography” to describe her work.

For four decades, Carlson has had significant influence and success in many European countries. She played a key role in the birth of French and Italian contemporary dance through the GRTOP (theatre research group) at Paris Opera Ballet and Teatrodanza at La Fenice.

She has created over 100 pieces, a large number of which are landmarks in the history of dance, including Density 21.5, The Year of the Horse, Blue Lady, Steppe, Maa, Signes, Writings on Water and Inanna. In 2006, her work was rewarded with the first ever Golden Lion given to a choreographer by the Venice Biennale.

Founder of the Atelier de Paris-Carolyn Carlson at the Cartoucherie in 1999, she is now, since 2014 and for a two-year period, associated artist to Théâtre National de Chaillot, where the Carolyn Carlson Company has settled.

Since 1999 Artistic director of the Atelier de Paris-Carolyn Carlson

Since 2014 Director of the Carolyn Carlson Company, in residence at the Théâtre National de Chaillot, Paris 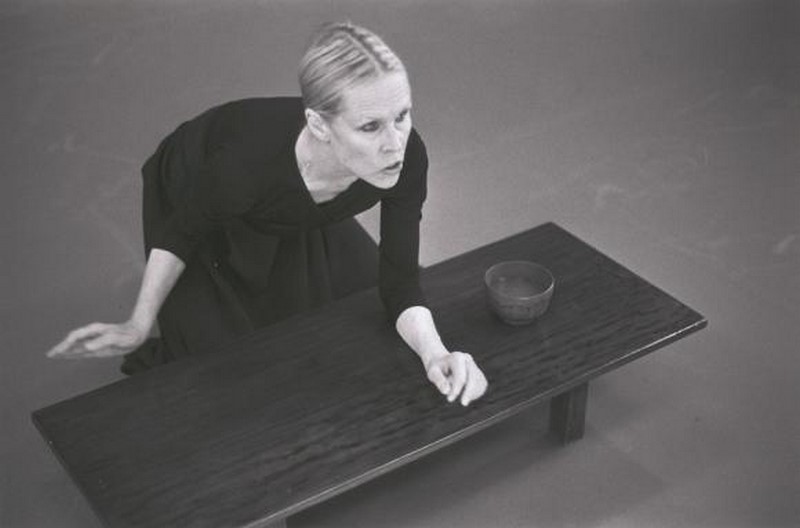 a performance by: Carolyn Carlson

An original production of the Centre Chorégraphique National Roubaix Nord-Pas de Calais, in collaboration with the Théâtre National de Chaillot

Carolyn Carlson, the eternal “water lady”, embodies pure and unique dance like an expression of the continually metamorphosing movement of water. To the sound of waves, the choreographer immerses herself in its fluidity, its intense presence and its unfathomable depths.

Echoing the piece eau, which is entirely dedicated to her favourite theme, she offers the audience a fascinating vision of dance driven by the life force of this natural element.

With the support of Crédit du Nord

Thanks to The House Foundation for the Arts Meredith Monk; with the kind authorization of Boosey and Hawkes Music Publishing

A solo dealing with the metamorphoses that happen in each step of life, Burning leads the spectator to a contemplative journey towards those things we have to "burn" inside ourselves in order to let go.

Falling man through time and loss regains a seed of fire

fires in the well

waters in the blood

An original production of the Centre Chorégraphique National Roubaix Nord-Pas de Calais, with the support of Quinzaine du Japon

“Li” is an ideogram which referred originally

to the grain in jade and wood,

the “organic pattern” in the principle of all things,

when one is in accord with the “Tao”.

The watercourse of nature

The flowing of Wind

The dark and the light

The polarity of yin and yang

Becoming what one is the other