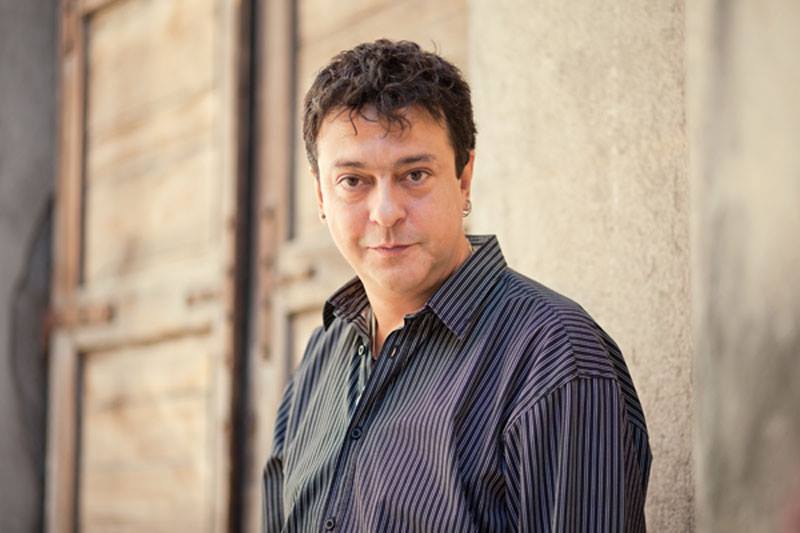 The theatre world is still in mourning after director Alexandru Darie’s death. This event of the National Theatre Festival was conceived before Alexandru Darie’s passing. October 25 is the first anniversary of the premiere of „Coriolanus” by William Shakespeare, produced by the Bulandra Theatre and hosted by NTF 2018.

„Alexandru Darie’s Coriolanus is a Manifesto. Beyond Shakespeare’s theatre play. It is the high-stakes play of a Creator. And more than an aesthetic bet. It is a personal cry. The outburst of an inner pain, an overwhelming assumption of life and death. In a high register.”- Marina Constantinescu – fragment from „Power and Powerlessness”, an essay published as a preface to the photo album „Coriolanus” by Mihaela Marin.

After the first representations at the Bulandra Theatre, photographer Mihaela Marin started to work, together with the director, on the album dedicated to „Coriolanus”.

Alexandru Darie lived to see the final, electronic, draft of this album, that he hoped to have it finalised as quickly as possible.

“It was my most complicated editorial project ever. But I am happy that I could keep my promise.

Coriolanus is a vortex. A storm. A gigantic swan song. I wish I could have offered this to Ducu, as a present, not as an in memoriam.” – Mihaela Marin

After the premiere of “Coriolanus”, theatre critic Doina Papp started working on her book about Alexandru Darie’s “celebrated performances”. It was supposed to be launched at the one-year celebration, during the NTF 2019.

„… If an artist is the sum of his works, Alexandru Darie is the sum of his performances. Each of these represent a little part of his life and of that of the theatre he passionately served. Searching, on stage, for truths hidden inside people and endeavours, he was searching for himself, Darie, the man, the artist who does not always agree with the man.” – Doina Papp

The news of director Alexandru Darie’s unexpected passing, on September 18, 2019, suddenly turned all of these signs into acts towards exhilaration.

The National Theatre Festival awaits all those who admired Alexandru Darie to come together, in the spirit of the artist. We would like to remind ourselves of the complex personality of a great creator. We would like to remember the joy shared by the cultural act, by intellectual emotion lived through the intermediation of the theatre stage, we would like to name the representative moments of a life lived to the full by someone who said the following about the art he served: “I like to make theatre with emotion and truth on stage. I made theatre out of love, not fear. Theatre is the only art invented by man that shows the invisible. What can be more formidable for the audiences? You can’t be selfish in a profession that aims at revealing things that the audiences don’t know.”  (alexandru-darie-în-zece-gânduri-despre-teatru, Ziarul Metropolis)