PHOTO EXHIBITION – MAY B 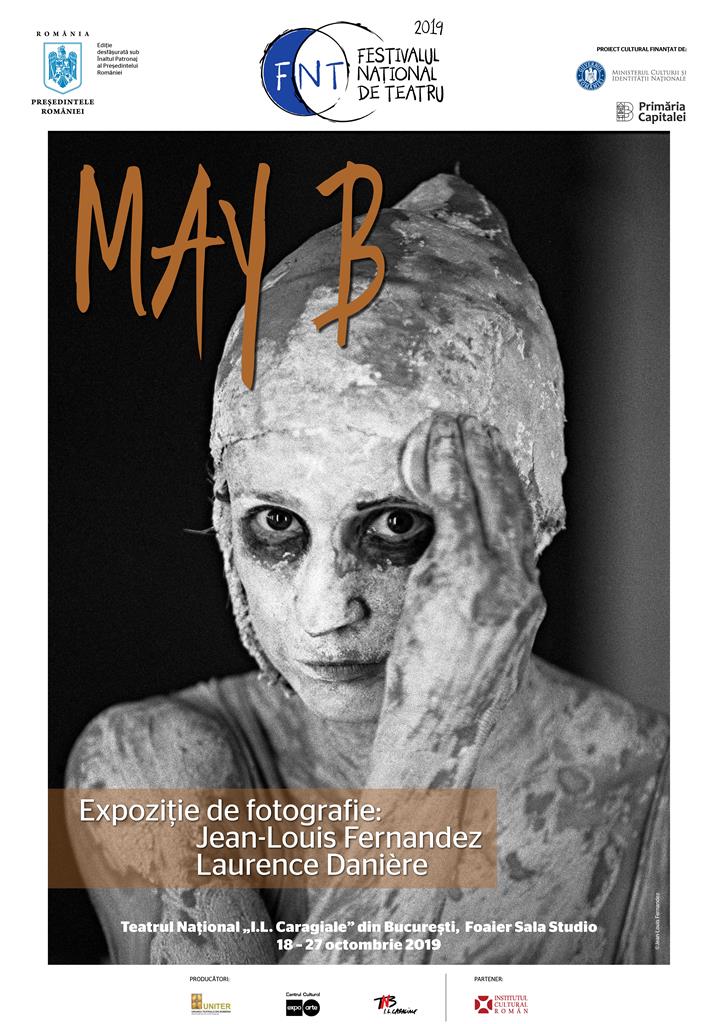 In the apparent-brick lobby of the Studio Hall of the National Theatre of Bucharest – an exhibition which can be seen both as a prologue or an epilogue of the famous show May B, by the great choreographer Maguy Marin. 22 photos will be displayed as a prelude, a preamble or a long-lasting feeling after the show, testifying of its ambiance, universe and aura.

The final result of the metamorphosis of the actors, through a long and complicated makeup process, is captured by the photographer Jean-Louis Fernandez in 12 highly expressive 70×100 cm photos – portraits of the actors of the Maguy Marin Company.

“Being a happy spectator is not as simple as it might seem…” – the photographer declares. “You could think it might be enough to attend and watch, in order to be able to take the full of it. But I think this is not the case. This time you need a sense of sharpness. The pleasure of the spectator and the success of his experience result both from the quality of the performance and from the participation of their imagination, their sensibility, as well as from the contribution of their emotional memory.”

Jean-Louis Fernandez was a photographer before being a spectator… but – with the revelation of his gifts in each of these domains – the artist became a photographer of the stage. Today he is one of the best photographers of the live show milieu. The high quality of his involvement in the artistic act he attends is the one that imbues intensity and singularity to his recorded images, in such a unique way.

His photographs never look similar to one another, because he recomposes what he sees on stage, both as a spectator and a creator. His eye knows how to choose precisely the details that deliver the emotion of the performance to the viewer. His adhesion to the world of the live show makes him merge with the artistic teams. He follows them closely, in every detail that surrounds the act of the stage performance: rehearsals, preparations, the emotion before entering the stage; as well as after the show: moments of relaxation, exchanges between the actors or with the audience.

Laurence Danière is also part of the exhibition, with ten 50×70 cm photographs. She has followed the team of Maguy Marin during the shooting of the documentary “Maguy Marin – L’urgence d’agir”, which will be screened at NTF 2019. On this occasion, she has immortalized the characters designed by filmmaker David Mambouch.

Laurence Danière took on photography as a full-time job in 1996. She has lived and worked in Lyon since then, where she carries out a variety of reports for the local and professional communities of the region, or works on cultural news. She tackles numerous topics, focusing mainly on the human side: the city and its social resonances, urban renewal, habitat, cultural events, natural spaces. Many of the artist’s works have been the subject of exhibitions and albums: memories of the city neighbourhoods, portraits of inhabitants, architectural works and large urban projects.