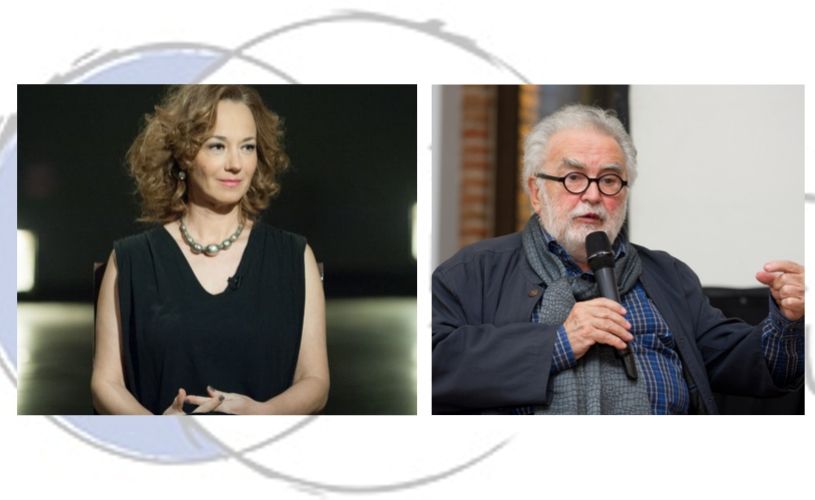 Belonging to distinct generations, Marina Constantinescu and George Banu first met 30 years ago: she was making her entrance into the world of Romanian theatre, he was returning from exile. Since that moment, the relationship between history and biography gradually built up between the two of them. Today, in this “symbolic” anniversary of three decades, the two eminent theatre artists value this connection, validated by time, reconstructing the itinerary and recalling the events, the encounters and the friends. Confessions about theatre and life, since the Revolution until today.

Her debut goes back to 1992, right after her graduation from the Faculty of Letters of the University in Bucharest, when she wrote a theatre review for România Literară magazine. She became a member of the Theatre Union I Romania, UNITER, that same year. She received numerous awards, among which the UNITER Award for Theatre Criticism in 1997 and the Romanian Television Professionals Association Award for her series “Nocturne”, started in 2002 and broadcast by the Romanian National Television.

She wrote several books dedicated to theatre, numerous articles in theatre magazines and has conducted theatre studies in Romania and abroad. She is among the founding members of the Act Theatre Foundation and the Act Theatre, the first independent theatre in Romania, as well as of Sibiu International Theatre Festival. For four years she served as visiting professor at the Theatre Academy in Limoges, created by Silviu Purcărete.

Marina Constantinescu is the director and selector of the National Theatre Festival. She headed nine editions of the event: 2005-2007 and 2014-2019.

George Banu is a professor of theatre studies at Sorbonne Nouvelle, Paris and a world renowned essayist. His entire critical work is dedicated to modern theatre directing and its emblematic figures (Brook, Strehler, Grotowski etc.).

He settled in France in 1973 to continue hid university career he had started in Romania. Elected president of the International Association of Theatre Critics (I.A.T.C.) three times, currently its honorary president, professor George Banu received the Doctor Honoris Causa title from several European universities. Among the numerous awards received worldwide, we mention the UNITER Excellency Award and the Prometheus Award.