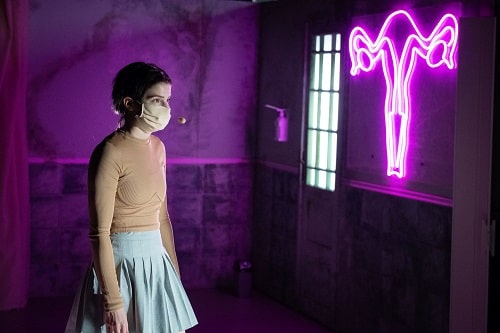 The show has been available for viewing from Monday, November 8, from 11.30 pm until Wednesday, November 10, at 11.30 pm. To activate the English translation, press the CC button at the bottom of the video.

You’re seventeen and you got pregnant. Your whole life changes and everyone wants you to make adult decisions, even if they still call you “little one”. How can you look after someone else when it’s often hard enough to look after yourself?

Not suitable under 15 years of age

All of a sudden you’re the main character: family, friends, classmates, strangers, teachers, doctors – they all know what’s best for you. Everyone has an opinion about what it means for you to become an accomplished person. But at the end of the day, the decision is yours and yours alone: will or won’t you become a mother?

The play is an invitation to reflection for the Romanian society, a society in which the topic of adolescent sexuality is still taboo in families and schools, although statistics place Romania on first place in the European Union regarding the number of unwanted pregnancies among minors.

The performance is part of the #SAFESPOTT project, which promotes a safe space for educational debate regarding diversity and tolerance.

“The playwriting of Andreea Tănase makes a fiction out of a situation in which way too many Romanian teenager girls find themselves: with an unplanned pregnancy. Starting from here, and especially because it is a story about decisions, growing up, support, family, bullying, social expectations and emotional trauma – that’s how our performance was born. We intended it to be delicate, nuanced, balanced in not chasing down apparent sinners, in exploring everybody’s perspectives, a performance that acts like a wake-up call for awareness and taking responsibility for the sexual education of teenagers. A mostly female creation team imagined Iza’s universe, a story abut the coming of age of this girl, in which we explore all the particles engaged in the violent reactions that change Iza’s small world forever.” – Director Elena Morar

„98% The Correct Decision by Andreea Tănase (…) is a production directed in a sensitive and contemporary manner by Elena Morar, and which was born thanks to a coherent educational program developed by Tineretului Theatre. It tackles a serious problem afflicting Romania, the lack of sexual education, which causes this country to have the highest number of teenage pregnancies in Europe. In the absence of national educational programs to prevent this kind of situations, in the absence of open conversations on this topic within families, at school or at church, Romanian teenagers are often victims of ignorance and small-town mentalities, and their lives are often destroyed by the recklessness of the adults around them. Some of these adults, journalists, politicians, high school principals – sadly, people who make decisions for these young people – have protested against this performance that carries out what theatre is meant to do, that is to have an educational role, and tries to at least partly dissolve the fog surrounding this topic.” – Cristina Modreanu, „Primarul din Piatra-Neamț și Decizia corectă”, Scena.ro, 15 Nov. 2020

„The director Elena Morar carefully builds her characters and places them in various positions of power, creating and dissolving connections between them, in such a way as to highlight the interpersonal fragility that influences the relationship cohesion between all those involved. More importantly, she constantly tries to remain anchored in reality without too much dramatization of the situations she pictures, on the contrary, trying to have a lucid approach on every particular scene, shaping it in a truthful manner.” – Răzvan Rocaș, „«Iza e o femeie realizată» – 98% Decizia corectă”, revistaechinox.ro / 20 Nov. 2020 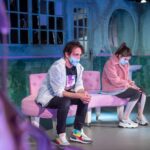 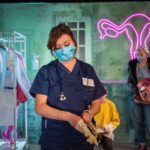 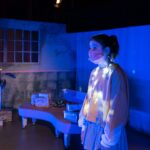 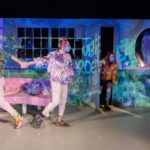 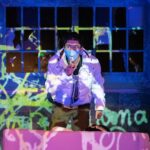