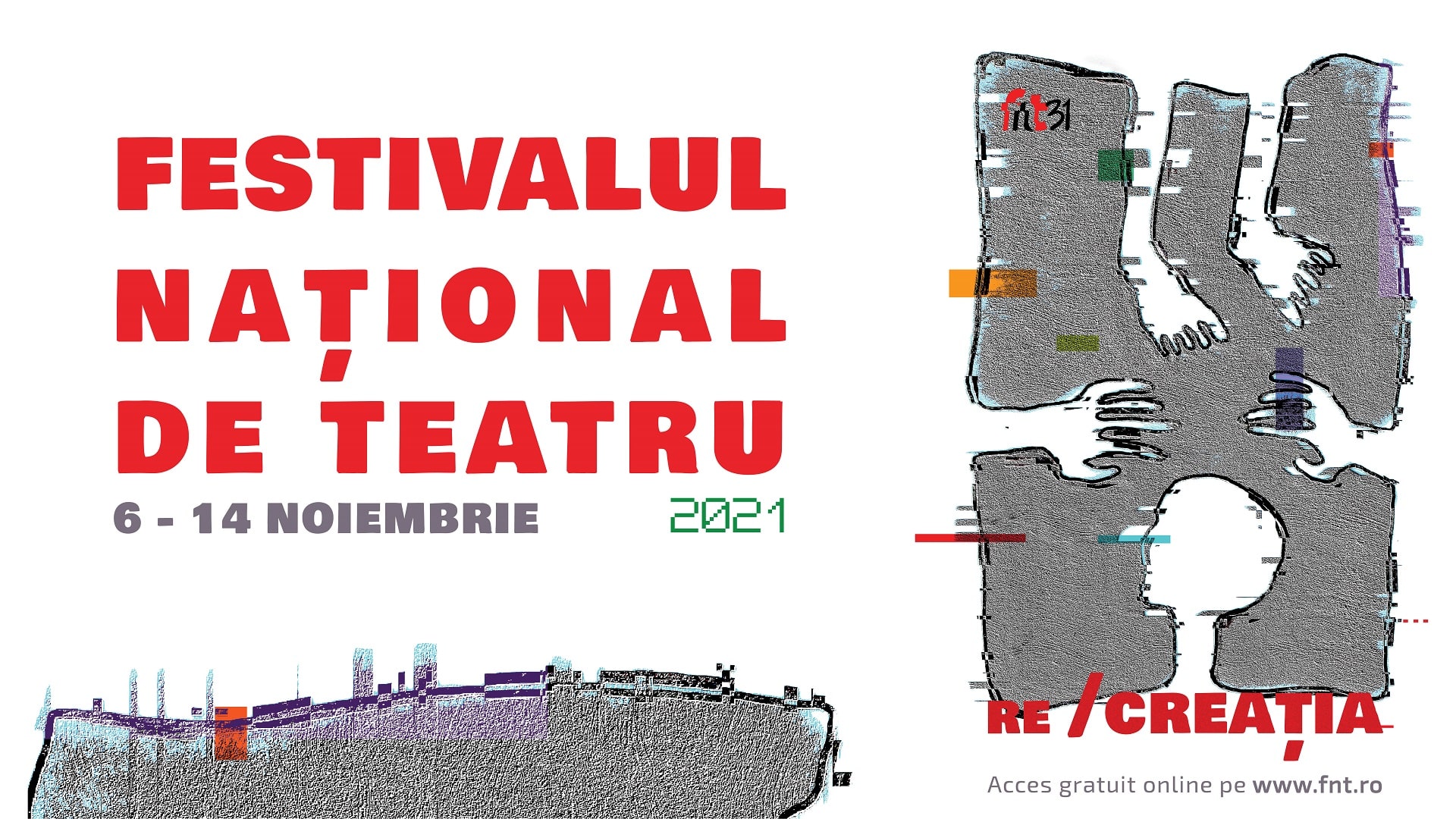 Here you will find the complete program of NTF 2021

24 November | 20:00 - Watch on TVR 3 Channel A psychological investigation into the every day life of a woman reveals an essential truth: a gray, banal life, flowing into the universal cycle of nature. Translated by: Manase Radnev With: Valeria Seciu Adapted for television and directed by: Cătălina Buzoianu Editor: Alexandra Orban Musical illustration: Lidia Danciu Set design: Dumitru Georgescu Duration: 1h 06 mins Producer: TVR, 1990 It is the story of a breakup by a phone call. A woman still in love, even when she is being abandoned. The intented purpose of Jean Cocteau when writing the play was to shock the audience with a „scandal of commonplace”. The cruelty of the play resides in what Cocteau named as: the arbitrary rupture – a common gesture in an ordinary existence.

23 November | 15:00 - www.fnt.ro The show has been available for online viewing from Monday 23 November 15:00 till Wednesday 26 November 15:00. Artistic documentary shot during the rehearsals of William Shakespeare’s „A Midsummer Night’s Dream”, directed by Liviu Ciulei, with the grand  ensemble of the Bulandra Theatre. This documentary was selected at the Television Festival in Tours  and was offered the APTR 1992 Award for best cinematic portrait and the quality of the electronic editing. Script: Lucia Hossu Longin, Nicolae Niță Directed by: Lucia Hossu Longin After the performance „A Midsummer Night’s Dream” / Bulandra Theatre Bucharest Duration:  42 mins Production: TVR, 1992

THE QUEEN MOTHER by Manlio Santanelli

25 November | 22:30 - www.fnt.ro The show has been available for online viewing from Wednesday 25 November 22:30 till Friday 27 November 22:30. A mother and her son, together but fighting each other, in a captivating and alert dialogue about love, selfishness, morality. Manlio Santanelli’s play gives us the opportunity to spend an evening at the court of a queen of the Romanian stage: Olga Tudorache. Translated by: Florian Potra Cast: Regina: Olga Tudorache              Alfredo: Marius Bodochi Directed and musically illustrated by: Gelu Colceag Set design by:  Ștefania Cenean TVR Team Adapted for TV and directed by: Gelu Colceag Set design: Dana Moraru DOP: Cristian Stoian Producers: Ruxandra Țuchel, Zoe Bălan Duration: 2h 30 mins Producer: National Theatre Bucharest, 1997 Filmed for TVR, 2010 Manlio Santanelli,  one of the most important contemporary Italian dramatists, a gifted continuator of Eduardo De Filippo, brings two characters on stage, the Queen, an authoritarian and possesive mother and her son, Alfredo, a neurotic, failed journalist. Alfredo comes to the house of his sick mother to, theoretically, care for her. In fact, [...]

TELL US ABOUT RELIGION, TEACH’! by Mihaela Michailov

Read all the articles from the 2021 edition

The 31st edition of the Romanian National Theatre Festival

The 31st edition of the Romanian National Theatre Festival will take place between November 6-14 2021, online, due to the restrictions imposed by the pandemic. Critics Oana Cristea Grigorescu, Cristina Rusiecki and Claudiu Groza, selectors and artistic directors of the present edition have announced the performances that will be presented at NTF 2021.