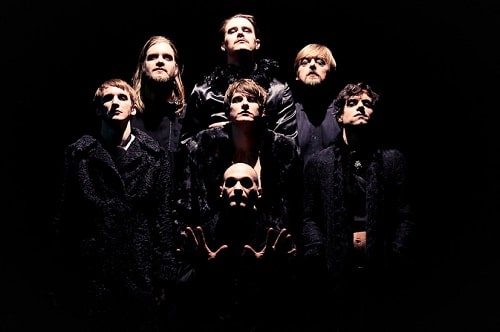 The show has been available for viewing from Monday, November 8, from 22.00, until Wednesday, November 10, at 22.00. To activate the Romanian or English translation, press the CC button at the bottom of the video.

Which version truth is the correct one: that of the individual who wants to live his life in a responsible manner or that of the community which claims to know best what laws and customs must be obeyed in order to achieve peaceful, humane existence? There are numerous examples of mistakes made by the upholders of both sides of this argument. Misguided people believe they can force their view on the world by resorting to violence. Individual perpetrators see themselves as having been chosen to save the world, and become more and more radical until they self-destroy.

Ever since the founding of Christianity salvation has been seen as the answer to the question about the path of the truth.

In Antigone, this tragic split is presented as a family story. Two brothers have killed each other: one, Polyneices, as the aggressor and the other, Eteocles, as defender of the city. The sisters, Antigone and Ismene, hear the verdict: one brother is to be buried, but the offender is to be left to rot without any mourning. Antigone sets the love for her brother higher than her obedience to the state and starts a fight against the authorities.

Antigone is both a tragedy and its making of: it’s both being involved and watching it all somehow amused from the sides. On the stage, set as a rock concert with piano, big and small drums, some young boys enter and sit in a semicircle. A director-storyteller, none other than the lead singer of the band, playing the role of a modern Coryphaeus, starts to attribute the roles to the actors and explains how they must act, move and what their reactions should be. The ambivalence of the character is already visible in his costume: his male clothes coexist with an elegant night gown. The tragedy starts like a improvisation with more than a few hilarious accents. One of the characters gets to be the Sphynx, another the Plague. These roles stir up various reactions from the actors and lots of laughter from the audience. None of those on the stage seem happy when having to play their role. And an indication like the one given to the Plague, “Now you must stay with Thebes for seven years”, visibly ironical, can only accentuate the playful beginning of Sophocles’ tragedy” – Cristina Rusiecki

After the performance with Antigona at the NTF, Friederike Heller will hold a conference discussing the revisiting of the classical text and staging it for contemporary audiences. In partnership with the I.L. Caragiale University of Theatre and Film, within the `Teatrology Meetings” Program, the conference will be followed by a ZOOM debate with students of the University as well as from other universities around the country. 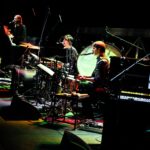 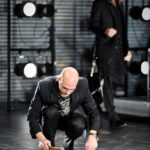 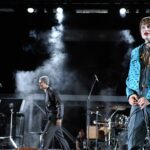 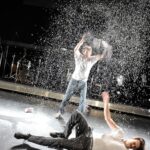 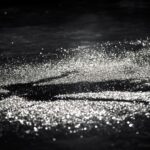