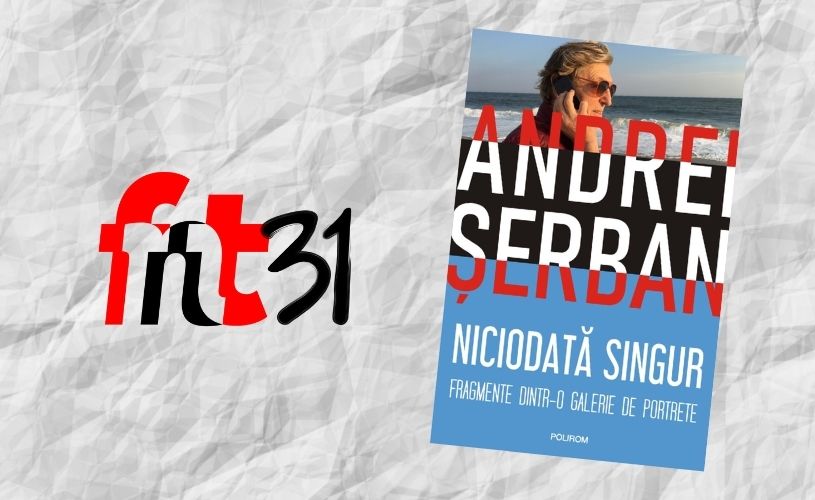 Piece by piece, Andrei Şerban composes a mosaic of foreign and Romanian artists he met, a personal fresco of the cultural world, with its strengths and less known vulnerabilities. Big names in the art world are evoked not only from the perspective of the director, but also of the man who met other people. Peter Brook, an authority on contemporary theater, who opened the author’s way to the encounter with Gurdjieff’s system of thinking. Ellen Stewart, founder of the New York-based La MaMa theater, an out of the box phenomenon, she grew into a platform allowing young artists to express themselves, wrapping her private life in an aura of legend. Young Meryl Streep, dominated by contradictory impulses and always unpredictable, ambitious to be first in everything. Pina Bausch demanding absolute, almost brutal, honesty from the dancers, making them burst into tears at rehearsals. Putting the masks aside – conversing with himself every time in doing so- the author directly shows us the faces underneath them, hypostases that assemble into an image of the man who dedicates his life to art and his art to life, in order to understand the difference between fantasy and reality.

As a young graduate director of the Bucharest Theater Institute, Andrei Șerban was invited with a Ford scholarship to New York, to the La MaMa theater. He then studied for a year with Peter Brook at the International Center for Theatrical Research in Paris. He soon became one of the most important theater and opera directors in the world, with a remarkable career in the US and Europe. He worked on prestigious stages (Metropolitan Opera, Comedie Francaise, Paris and Vienna Operas, Covent Garden, National Theater in London, etc.) and returned after 1989 to Romania as manager of the National Theater in Bucharest. During his 3-years mandate, he staged, among other productions, The Ancient Trilogy, originally devised at La MaMa, with resounding international success. After that, he continued to remain present in the Romanian theatre scene. He was the head of the acting department at Columbia University, taught at various theater schools around the world, was nominated for Tony Awards, and received numerous awards and distinctions, including Obie, “Mr. Abbott “, Elliot Norton for Sustained Excellence, the” Star of Romania” Order, as well as numerous UNITER awards. He has also published photo albums of his performances (ICR Publishing House, 2008; Nemira, 2013) and A Biography (Polirom, 2006, 2012).