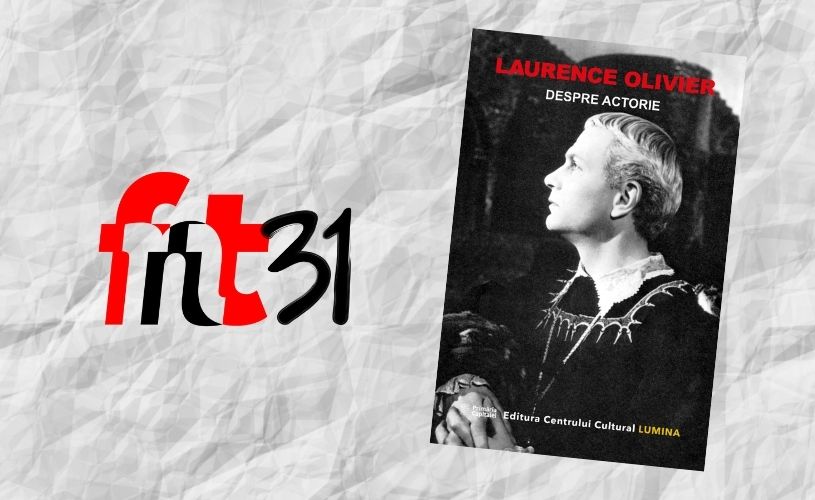 Published for the first time in Romania, this book will not reveal a biography to its readers, but a comprehensive and open vision of a profession, as described by one of the greatest actors of all time, written on long evenings spent away from the hustle and bustle of big cities. The art of acting, more than just a craft, the author claims, has offererd everything to the artist who started his career early in adolescence. Having reached old age, retired from his artistic life, Olivier invites his readers for the first time behind the scenes, in the booth, on stage and in front of the camera. The readers of his book encounter a great number of famous people. Among them, Hamlet, Richard III, Othello and Lear. How does Laurence Olivier construct a part? How do you study? How does he learn? How does he succed to reach the most sensitive strings? How does he beat stage fright? How does he give himself, totally? How does he cope with failure? How does he put together a cast and a repertoire? How does he get from stage to set? How does he relate to new drama, to the expectations of the audience in search of something new or to the fascination exerted by cinema? Here are some of the questions he answers, looking back with openness and understanding and forward with confidence. For those who love the wonderful art of the actor, a unique book, written by one of the great creators of the twentieth century.

„On Acting” by Laurence Olivier is part of the Amfiteatru series and the seventh title of the BIBLIOTECA DE ARTE collection, initiated by Centrul Cultural LUMINA.