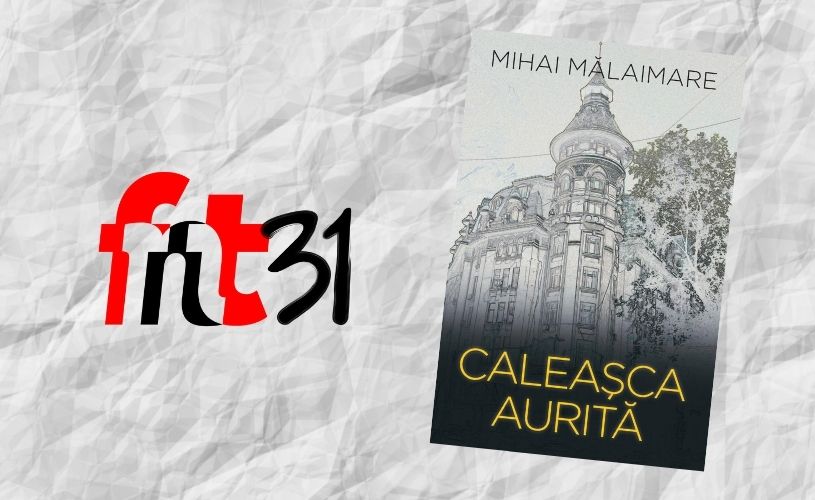 One day I invited my classmates to start writing a book including all memories we could retrieve from our student years. I was so taken by this project that I did not wait to see what they thought, so I started writing, and I could not stop any more. A few days later, the memories had practically set themselves on paper. When I had finished writing, I had a strange feeling, a terrible fatigue, but an extremely pleasant one and the feeling of being surrounded, in the most palpable way, by all the characters in the book. Some remained for a while, others melted like smoke, leaving me with an almost unbearable longing. It’s been an amazing year and yes, I really miss them!

„The Golden Chariot, a memoire by theatre maker Mihai Mălaimare, mainly covers the time he spent studying acting at the Institute of Theater Art and Cinematography„ I.L. Caragiale”, Bucharest, between the legendary years 1969 and 1972, a time of formation and self-edification, in which the courses and lessons of the masters of his generation were as important as the friendships, pranks and disappointments of the young Mălaimare. With humour sprinkled with nostalgia, the author recreates the atmosphere and characters of the restricted universe of IATC, where the tumult of the era penetrates rather through its cultural reverberations, drawing small anecdotal sketches and funny vignettes, memorable and often touching.