class="">Theatre in Dioramas. The Discourse of Theatre Criticism under Communism. The Deceptive Spring 1965-1977

Theatre in Dioramas. The Discourse of Theatre Criticism under Communism. The Deceptive Spring 1965-1977 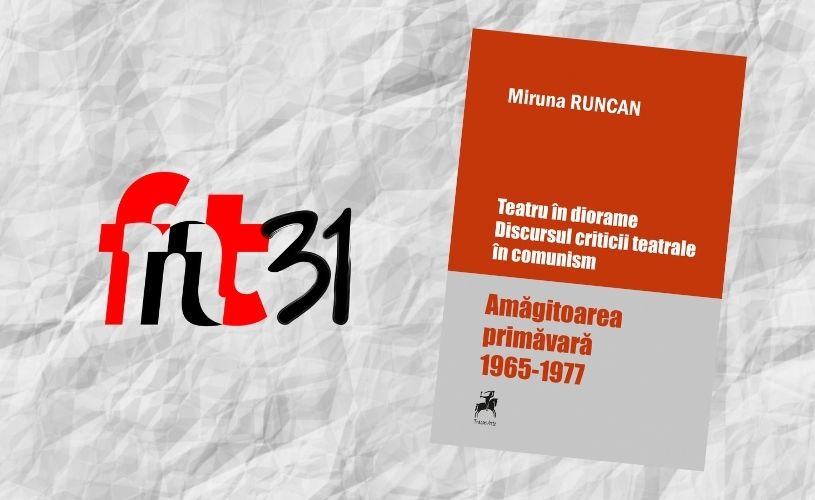 Theatre in Dioramas. The Discourse of Theatre Criticism under Communism was conceived to cover three distinct time spans, in three separate tomes: 1956-1964 –the so- called Khrushchevian thawing, very turbulent for us and corresponding to an accelerated professionalisation of the theatre critique; 1965-1977 – covering a peak in theatrical production as well as in international exposure, despite the fact that we were dealing here with two distinct eras of the Ceaușescu regime, and, finally,1978-1989 – the late Ceaușescu era, featuring the most drastical limitations in politics, economy and cultural life.

To the party apparatus in the socialist era, any journalist, writer, worker in the field of culture, the critic, including the theatre critic is seen, first of all, as a propagandist activist, and only secondary as a professional in the field. – carries out its activity. Its primary duty, from the point of view of the establishment, is to implement the party’s policy. The critic knows this even before getting employed in a media institution (being a party member becomes, after 1968, an almost obligatory condition for being employed in any kind of media; it is extremely rare for a worker in the press or publishing houses to succeed evading such an obligation), and the apparatus takes care to refresh its memory cyclically, with each change in political discourse and praxis. On the other hand, looking from both directions, the editorial office and from the point of view of the critic himself, his basic duty is to reflect, interrogate and evaluate, and, in some cases, even to prospect / project the theatrical life in the environment with its local, national or international specific.

It’s easy to observe how the theatre critic, like any other intellectual or artist of the time, is forced to somehow reconcile the pressure of party directives with the provocative, constant and natural tension, coming from the professional corpus of which he is part and which should, ideally, represent him honestly and according to their own values ​​and knowledge interests. It’s a not at all comfortable triangulation, let’s face it […]. After 1964, a pact between artists, critics and their specialized public is established: that of avoiding, as much as possible, propagandistic discourse for the benefit of marked aesthetic structures, of a modernist type, with marks of a critique of the system slipping in, at times, perceived by both parties as signals of dissent. Some will be censored, others will not. As quiet, as solemn and stable, this pact manages to produce a broad consensus in cultural communication and, specifically, in theatrical communication, which will directly involve theater critics of all ages – but creating some islands of traditionalist-retrograde opposition as well, as we shall see. Paradoxically, the constant and exhausting siege produced by Ceaușescu’s “cultural revolution”, after 1971, with its absolute peak from 1974 to 1977 (congresses of the Council of Socialist Culture and Education, the invention of the “Cântarea României/ Praising Romania” Festival), has the perverse effect of cementing this consensus regarding the autonomy of aesthetics.