class="">Theatre in Dioramas. The Discourse of Theatre Critique in Communism. The Blizzard 1978-1989

Theatre in Dioramas. The Discourse of Theatre Critique in Communism. The Blizzard 1978-1989 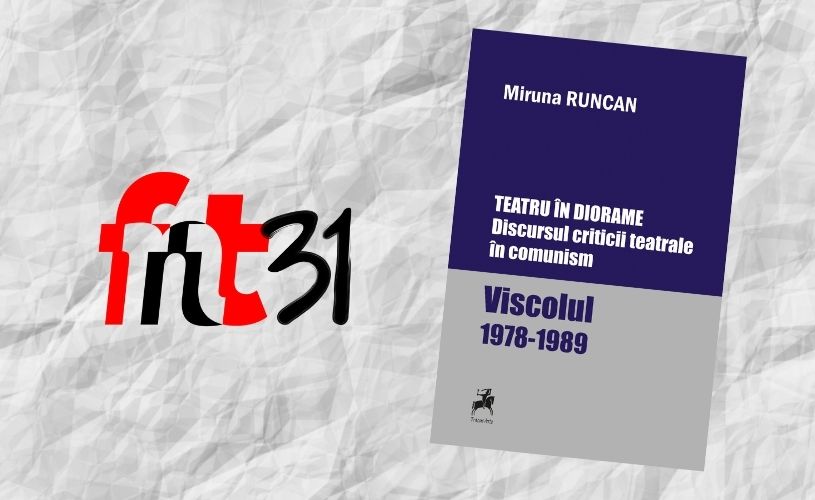 Theatre in Dioramas. The Discourse of Theatre Criticism under Communism was conceived to cover three distinct time spans, in three separate tomes: 1956-1964 –the so- called Khrushchevian thawing, very turbulent for us and corresponding to an accelerated professionalisation of the theatre critique; 1965-1977 – covering a peak in theatrical production as well as in international exposure, despite the fact that we were dealing here with two distinct eras of the Ceaușescu regime, and, finally,1978-1989 – the late Ceaușescu era, featuring the most drastic limitations in politics, economy and cultural life. This is why the last tome is titled „The Blizzard 1978-1989”.

The most complicated thing, at the end of this journey, trying to offer an evolutionary sketch of the Romanian theatre criticism during over thirty years, is to avoid sentimentalism. Because practicing the profession, in its various hypostases, lifelong, it’s difficult to tame and control the affective reactions, with their entire, so colourful spectrum. However, the effort of a reflective distance is one that needs to be assumed […] A first possible conclusion would be that, after the 1956-1964 complex debates on the functions and responsibilities of criticism, debates dominated, as we have seen, by the directors working on reteatralization, journalistic criticism will become, throughout the period studied, if not a generator, then in any case a canon propagator in terms of theatrical stylistics and aesthetics coagulated unitarily around 1970. Asking theatre criticism, 1960s, for a refinement of an evaluation system (and an appropriate empathic discourse) with a modernist-innovative vocation, which clearly separates routine theatrical production from exceptional achievements, the directors preoccupied by reteatralization determined, without necessarily wanting it, the establishment of a target spectacular model, a maximalist one (combining sophisticated hermeneutics of dramaturgical material, with cultural intertextuality and visual -symbolic treatment, with multiple meanings); a model that has affected for decades both the evaluation perspectives and the actual discourse of the critique.