This Is Radio Eros 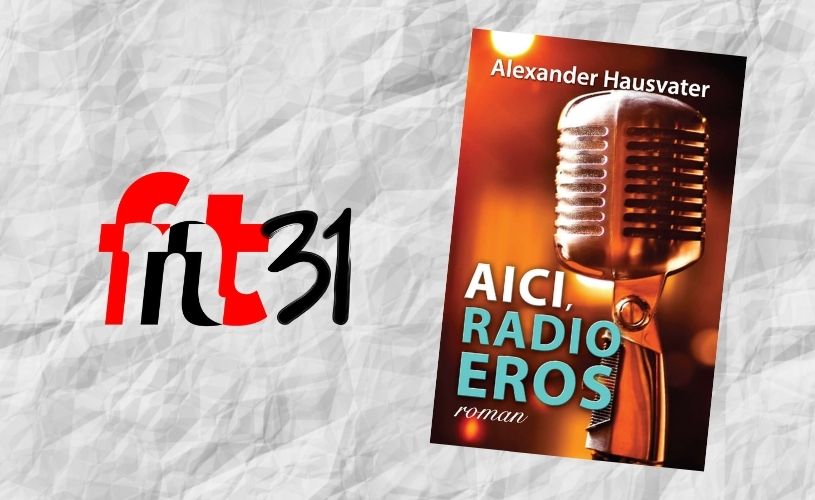 An entire city, with various and contradictory characters, pursues in various moods, disquieted at first, later curious, finally enchanted the conversations about love, body and full physical satisfaction, carried out secretively, in a small town in western Romania, on the brink of the last world war. The city will solidarily, devoutly surround his pirate “Radio Eros” – who walks over so much hindrance- and lead him, in an unforgettable pilgrimage, to his death.

Afterword to This Is Radio Eros, Integral Publishing House, Bucharest, 2020
Alexander Hausvater has a special gift for drawing excellently characterized portraits in just a few sentences, placing them typologically and precisely from a social point of view. We get to know the skilful mechanic Uncle Toni well with his secret passions, the old gypsy fortune teller Orhideea who, although blind, “sees” all the secrets of the present and the future, the innkeeper Jovana, the postman, the doctor, the stationmaster, the mayor, the policeman and many other characters from a multicoloured gallery, people belonging to all the professions, social strata and nations inhabiting Transylvania at that time. Of course, the best will be revealed to us the librarian Iolanda and the architect Remus, visitor of the city on the occasion of the project of a new building for the City Hall, who together with the inventive Uncle Toni devise an original and fantastic idea: a pirate radio station to weekly air shows with an unusual theme: a kind of radio series whose heroes, Otilia and Sebastian, are inhabitants of the city, and live together a passionate love story with a strong erotic charge.

Dan Romașcanu, Between Love and Death: This Is Radio Eros by Alexander Hausvater, 8.03.2021, Israel