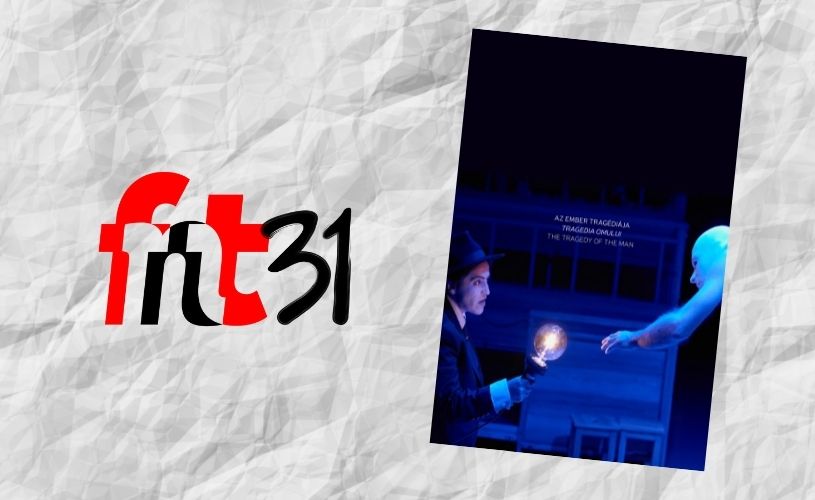 Almost a decade and a half after the referential show “Faust” at the Radu Stanca National Theater, Silviu Purcărete stages, at the “Csíky Gergely” Theater in Timişoara, “The Tragedy of Man” a dramatic poem by Imre Madách (date of premiere: March 3, 2020; set design: Dragoş Buhagiar; music: Vasile Şirli). The classic Hungarian text “The Tragedy of Man” is in fact a reflection and continuation of Goethe’s dramatic work, and Purcărete’s staging proved to be a profound dialogue with the show in Sibiu. The trilingual volume contains, in addition to István Bíró’s photographs, the diary of the show’s birth (noted by playwright András Visky), an essay describing the making of the performance in Timişoara (by the Melinda Mátyus), an essay-portrait of Silviu Purcărete (written by George Banu) a briefing Silviu Purcărete’s theatre (selection from interviews over the past 30 years, picked and edited by Kata Demeter and András Visky), as well as a wide selection from Slviu Purcărete’s diary in drawings, created during rehearsals.