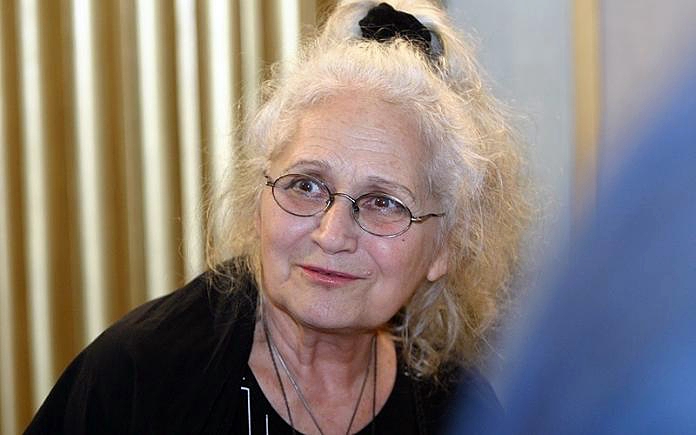 The 28th edition of the National Theatre Festival will take place in Bucharest, from 19 to 28 October 2018.

The year when the Romanians celebrate the Great Union Centenary, the events dedicated to the Festival will be organised under the symbol of #ntf100 – the National Theatre Festival 2018 – in 100 events.

The artistic director of the Festival will be theatre critic Marina Constantinescu. The selection of the national plays to be invited to the NTF 2018 will be announced at the beginning of July.

We continue the tradition started four years back, and dedicate the 28th edition of the Festival to a very special artist we are lucky enough to be her contemporaries: theatre director Cătălina Buzoianu, a notable of Romanian culture whose artistic projects and activity dedicated to theatre teaching and staging have deeply influenced Romanian theatre in the last 50 years.

She has reached the highest standards in theatre art through her belief in the profession to which she has been committed for decades. She has created impressive performances, which have left their marks on the audiences. She has expressed her opinion on theatre in debates, conferences, workshops and dialogues in our country and abroad, as well as in the printed version of the “yellow pages” of her stage notes, “white pages” for the future, describing “theatre itineraries” or paying “homage” to the people who marked her life.  She has signed fascinating texts on theatre, its gods and muses. She has discovered artists – either by searching for them or by meeting them casually; she has shaped some of them, she has accompanied others on their artistic path. She learned from some of them and educated others. Her erudition is a collection of treasures of this ephemeral art…

The 28th edition of the National Theatre Festival is dedicated to Cătălin Buzoianu, yet another proof of the fact that she has created value over the years. She staged beautiful plays with several theatres in Romania and abroad. Many and various plays – over 100 performances!

Right after she graduated the Faculty of the Theatre, she worked with the National Theatre in Iaşi, where, as he confessed, she was happy, because ‘I worked on many plays, some of them incredible ones, and I will only mention “The Imaginary Invalid” and “The Hieroglyphic History”’. From 1970 to 1975, she also staged theatre plays with the Youth Theatre in Piatra Neamţ. She then moved from Iaşi to Bucharest, here she worked for the Bulandra Theatre and the Small Theatre, and also taught with the Theatre and Film Institute for over three decades.

She also marked the activity of the Casandra Studio, through her work. In 1979, with her students, she staged “Romeo and Juliet” by William Shakespeare, casting Adrian Pintea. The performance was played at a festival in England and, at the end of it, Pintea was carried in the arms of the spectators, from the theatre to the hotel.

Cătălina Buzoianu was unique in the “era” of the Small Theatre. From 1979 to 1985, working as a permanent main director, she signed remarkable works of art. The public will never forget Pirandello’s “Clothing the Naked”, “Bulgakov’s “The Master and Margarita”, “Gombrowicz’s “Ivona, Princess of Burgundy”, Dumas’ “The Lady of the Camellias” and many others.

She joined the Bulandra Theatre again in 1985, as a permanent director. Back in 1975, she had staged Ibsen’s “Hedda Gabler”, and upon her coming back she staged “A Lost Morning” after Gabriela Adameşteanu’s novel, a success people still talk about nowadays. Later on, there followed: Pirandello’s “Mountain Giants”, Tankred Dorst’s “Merlin”, “The Bed of Procust” after Camil Petrescu’s novel, Sam Shepard’s “Buried Child”, Vlad Zografi’s “Petru”, Bertolt Brecht’s “Mutter Courage”.

She continued directing for the Small Theatre, where she had worked remarkably before – and her new successful plays were Chekov’s “The Seagull”, Margaret Edson’s “Wit”, Vladimir Nabokov’s “Lolita”, David Hare’s “Amy’s View”, Shakespeare’s “The Tempest”.

In 1990, new doors opened for her: for the Theatrum Mundi, she directed Matei Vişniec’s “Decomposed Theatre”, “The Levant” after Mircea Cărtărescu; for the Comedy Theatre, she staged Bulgakov’s “On the Run”; for the Levant Theatre, she staged August Strindberg’s “The Pelican”; for the “Maria Filotti” Theatre in Brăila, she staged “Chira Chiralina” and “Mediterranean” after Panait Istrati; for the State Jewish Theatre, Leivik’s “Golem”; for the Drama Theatre in Constanţa, “Penthesilea” after Kleist. The also staged plays in Poland, Israel and France.

She was awarded for her work, in Romania before 1989 – she received the Prize of the Romanian Academy, but also abroad – in England and Poland. After 1990, she was awarded several UNITER and National Theatre Festival prizes, and her plays were performed at the Festival.

She was the mentor of theatre directors such as Mihai Măniuțiu and Alexandru Dabija. We should also mention the fact that, thanks to marvellous Cătălina Buzoianu, we could welcome to Romania director Yuri Kordonsky, whose works were played on stages in Bucharest and other cities of Romania. In an interview for “Teatrul azi” magazine, when asked how he got to stage “Uncle Vanya” at the Bulandra Theatre (premiered in 2001), Kordonsky answered: “I met Cătălina Buzoianu in Germany, where she was a giving a seminar to young artists from the member theatres of the Union of the European Theatres. At the end of it, we exchanged opinions and agreed that it would be better for each of the artists to stage plays in various countries. A year later, I received a letter from the director of the Bulandra Theatre, saying that Mrs Buzoianu had talked to him about me and that I was invited to direct a play there.”