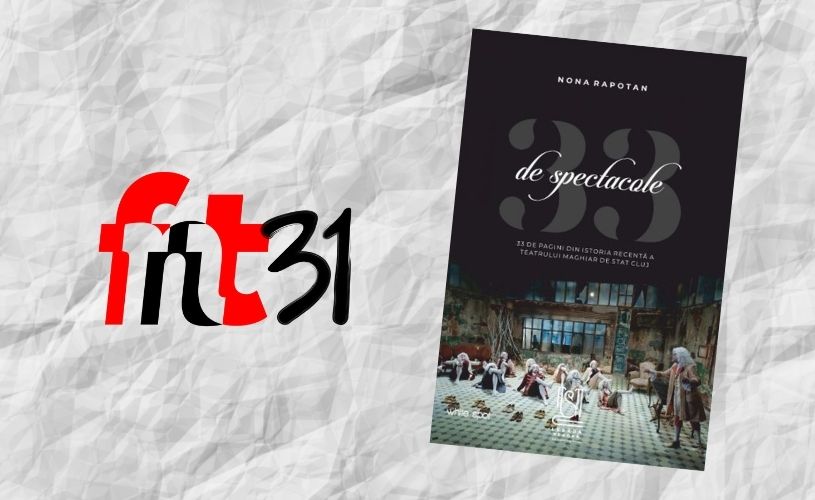 I must admit that I like directors who keep the core of the story intact, and not so much those who are willing to sacrifice the narrative for the sake of the experiment. I want to leave the performance hall with the living story in mind, with the characters walking in front of my eyes, fighting with my mind, with my prejudice and my limits of interpretation. I still believe that the essence of theatre is the dialogue between actor / character and spectators, one built over and over again, with each new presentation (I like re-watching performances that are very dear to me, shows that provoked my senses).

It’s not only the actors who, by nature of their profession, depend on the relationship with their audience, it’s us, too, the spectators; we feed on the life of the theatre characters. The reviews comprised in this book stimulate this need, fuelled by the quality of a cultural comment that skilfully avoids going too deep into analysis and using strictly specialized language, offering cultural connections with other arts, literary references, or semiotic excursions to images of the stage instead. In other words, Nona Rapotan masters the technique called captatio benevolentiae and practices it naturally and discretely. No trace of didacticism in her comments, a clear approach without being simplistic, punctuated by personal observations, subjective points of view through which we feel that we share the armchair in the performance hall with her. The reviewer replaces the reader’s eye and ears, opens personal avenues of reflection, guides him discreetly, in a serious tone, without acting stern when reading the signs of the scene. Nona Rapotan’s writing resembles the way she looks: bright, discreet, feminine, open to dialogue. After all, her reviews are written with the intention to stimulate the taste for polemical dialogue, a layered dialogue, on the one hand, with the spectator’s own conclusions (in case the reader has seen the performance she comments on) and, on the other hand, a cultural dialogue mediated by the review, born out of the confrontation with the societal benchmarks. All these levels lead to one single vanishing point: nourishing the reader’s need for theatre, the passion ignited by the reading. A passion that Nona Rapotan shares with and awakens inside the reader.