A History of Circus 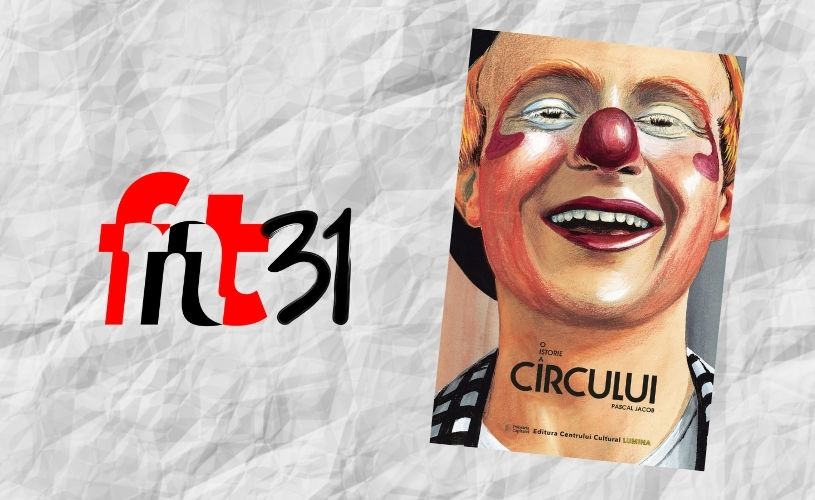 “A history of the circus” by Pascal Jacob, published in excellent graphic conditions, offers readers in Romania a unique journey into a fascinating universe. The first history of this art published in our country, the work is a synthesis that follows the evolution of a world of unsuspected richness, in constant motion and draws the main lines of a spectacularly illustrated history, starting from the oldest forms and reaching way the contemporary forms. Posters, drawings, prints, photographs and other iconographic sources reveal some of the secrets of each discipline presented under the great dome and offer a planetary journey in vivid colours. Born in England in 1769, and later developed in France, the art of circus came into existence duet o the love for horses. At the end of the 19th century and the beginning of the 20th century, the art of dressage experienced its golden age, and the circus went through two essential stages: German splendour and American gigantism, motivated as it was by the development of railways and, therefore, the possibility of travelling. The Soviet circus revolution came next, then the evocative force of Chinese acrobatic theatre, and the reinvention of the art of circus in France, Belgium, and Canada.

A book for all those willing to rediscover their child’s soul, “A History of the Circus” by Pascal Jacob invites to reflection on the meanings of art in the community, as well as the relationship between the centre and the outskirts in a field that constantly seeks ways to reach communities as diverse as possible and people. As many as possible.

Pascal Jacob is the author of more than 30 works about the art of circus and the history of the various arts and trades: Le cirque. Du théâtre équestre aux arts de la piste (Circus. From Equestrian Theatre to the Art of Circus); Le cirque, voyage vers les étoiles (Circus, a Trip to the Stars); Le cirque. Un art à la croisée des chemins (Circus. An Art at the Crossing); Paris en pistes, une histoire du cirque dans la ville lumière (Paris, a History of Circus in a City of Lights); Les nouveaux nez; Les clowns, Le jongleurs (The New Nose; The Clowns, The Jugglers). He teaches history of the circus at the Sorbonne, at The National Centre for Circus Arts and cultural centres in Montreal, Bruxelles and Chalons-en-Champagne. He is the artistic director of the Cirque Phénix in Paris and of the Festival Mondial du Cirque de demain. A circus and opera afficionado, a lifetime devotee to the two of them, he is also an unfatigable collector of circus artefacts from all times. The Pascal Jacob collection is made up of over 5 000 objects, some rare books among them and are sometimes presented at specialised events.

„A History of Circus” by Pascal is part of the Artes Mundi Series, as part of the BIBLIOTECA DE ARTE project, launched by LUMINA Cultural Centre.