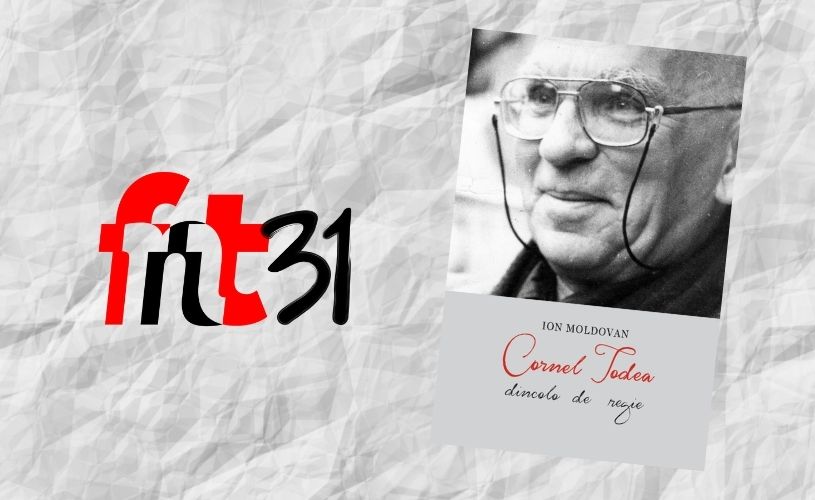 Press here to read the book free of charge

The book is part of the TIC55 editorial series, highlighting one of the most important artists who left their mark on the Ion Creangă Theater: Cornel Todea (1935 – 2012), whose destiny is intertwined with the history of the institution, first as a director, and then as the manager of the theatre for over two decades. Collecting interviews and memories shared by all the people who have been close to him throughout his career, the album becomes a living testimony of the complex universe of Cornel Todea, pedagogue, theatre, film and television director and mentor. Among those who wrote contributions, one cand find important names of Romanian theatre and cinema: former colleagues, students– actors, set designers, choreographers, musicians and critics.

“Cornel Todea was a man of vocation, a man of infinite dedication. He was an artist, an artist who deciphered in his directorial key dozens of dramatic texts, creating performances for theatre and TV. As a teacher – and raised generations of young actors and directors. He was a beloved director, leading a theatre and believing in its important role. He supported the dialogue between the artist and the child, the truths of the youngest spectators, the frankness of their opinions. He often humorously compared himself to a servant to two masters, juggling between the candid universe of the children theatre and the sternness of production and administration. He was, above all, an exceptional man, aware of his achievements and shortcomings, limits and hopes. ”

“An inspired and warm preface signed by critic Doina Modola together with a biographical sketch by the same author compose a very welcome overture of the book. What comes next is a flow of confirmations, evocations and confessions. Ion Moldovan managed to bring together in his book Anca Zamfirescu (the director’s wife), Ion Caramitru, Alexandrina Halic, Adela Mărculescu, Ileana Stana Ionescu, Andrei Ionescu, Maia Morgenstern, […] Radu Apostol and several other former students of the theatre director and pedagogue, then some of the people involves in the too few films he made (some of them considered “problematic”) and many, many others, thus creating an attractive puzzle having the admirable quality of returning the whole. Beyond directing and beyond the director there’s the man, in his full complexity. ”