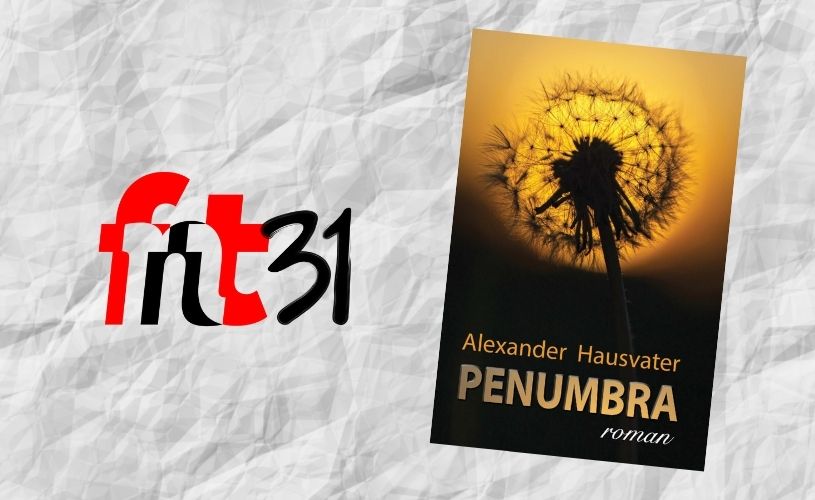 PRESS HERE TO PURCHASE THE BOOK

He and she meet in Romania in 1956, during the Hungarian revolution, under surveillance of the Securitate and in the socio-economic and political conditions of the fifth decade. They break up, rebuild their lives in other geographical areas, with other partners, have children and the love story remains to be discovered by descendants. They, he and she, meet and rebuild their relationship in 1999, during the eclipse, a love affair under the supervision and with the participation of the author, who finally choses not to simply tell about the events, not to just seek information, as he does throughout the novel, but to talk to the characters, to listen to their thoughts and confessions.

Why is the novel called The Half-Shade? Not for the semi-darkness but especially because the penumbra is an intermediate space, an area of ​​the interval in which imagination runs free, rules are unwritten and useless. In this area the author-reader-character relationship is interchangeable. Each can live in the place of the other. And even if the author finally declares “I don’t know who is who anymore. Who is human and who is not. I no longer know what is fact and what is fiction. I put on my cap and slammed the door behind me loudly. We don’t need authors anymore “, we can’t follow him. The emotion he experiences is also that of the reader. And we need it because this is prose that one reads heart in mouth, an attribute of high quality literature.

Ioan Cristescu – A Novel of the Interval
Foreword to the novel The Half-Shade, Integral Publishing House, București, 2020

The novel “Penumbra” is difficult to file into a certain category, as the author mixes the social, the historical, the sentimental into a refined, rhythmical, fantasy, composed with the cinematic technique of alternating shots and sequences. Hausvater is, in fact (as he himself admits in the final passage), a “storyteller of stories” interested not only in the substance of the narrative, but also in the activity of narrating, which he always describes, in a constant self-referential setting: “Ever since I started collecting material for this book, I have told myself that I must avoid by any means a definition of the genre of the book. It could be a novel of love or political suspense, a detective novel or a historical novel. I hoped that the testimonies, interviews and information gathered would lead me to a literary genre that would suit only these characters and not others, like a tailor-made suit. ”

[….] This fabulous book, completed on May 13, 2020, dedicated to his son and (with a smile in the corner of his lips!) to “Mrs. Corona” is a real treat, which I am allowed to hope that we will launch at Suceava, in the presence of the author, after the half- shade of the pandemic will have faded away.