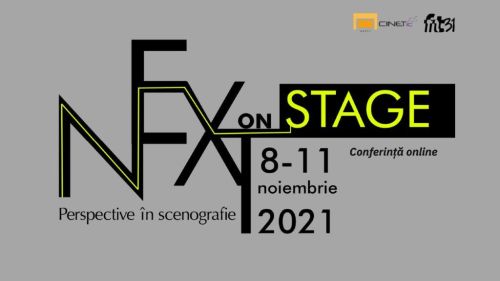 Acces: The Facebook page of the National Theatre Festival (live broadcast from the YouTube channel of the I. L. Caragiale University of Theatre and Film (UNATC)

This conference aims to highlight aspects of the role of the set designer within the creation team and to debate on his relationship with the other artists who take part in creating the stage design, the light and the video.

Initiator: the Virtual Set Design and Augmented Reality Laboratory at the CINETic Research Center of the I. L. Caragiale University of Theatre and Film (UNATC), in partnership with the NTF 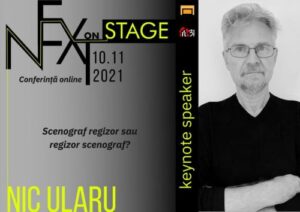 The conference will include a series of debates about concepts that are at the base of set design creation and light and video design, but especially methods and ways to transform these ideas in stage realities, be they physical or virtual ones.

Because the art of set design moves on the edge between creation and execution, a dialogue between those who draft the future of this field – such an important one in the world of theatre – becomes a highly valuable one particularly nowadays, in these generally insecure times.

This event is dedicated to a community that is highly active in the field of theatre, dance, musical and opera performances, concerts or multimedia installations, and tries to consolidate the awareness of belonging to a professional guild that is internationally acknowledged and clearly structured.