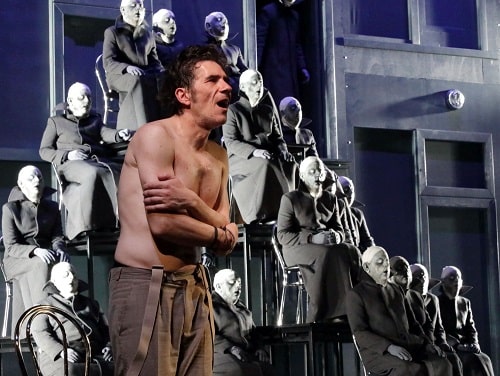 The show has been available for viewing from Sunday, November 7, from 22.00, until Tuesday, November 9, at 22.00. To activate the English translation, press the CC button at the bottom of the video.

Eugène Ionesco wrote Rhinocéros under the influence of the terrible experience that is any form of totalitarian way of thinking. Bérenger’s story is not one about the violence of actions, but a rendering (lacking any mitigating circumstances) of the violent change of those around him, their sudden and aggressive ideologization (which, in the 2000’s, got to be known as “radicalisation”), the terrible capacity of auto-annihilation of personal history and free will.

The Grocer, The Fireman: Benone Viziteu

As Eugène Ionescobrilliantly noted, and as Tompa Gábor also shows in this production of the Mihai Eminescu Theatre in Timișoara, the “rhinoceritis” is, at its ore, a sort of ultimate bureaucracy. A way of becoming anonymous by clustering – and, thus, everything suddenly becomes more simple: the burden of responsibility, even the genealogical one, suddenly disappear. Unlike in Greek tragedy, the past is no longer the starting point of present action. The future has absolutely nothing to do with the individual, as this one has seized to exist as such. There is only an opaque present left and a bureaucracy of the feelings. People – Ionesco’s rhinoceroses – have no Destiny, no relationship, they are nothing but empty shells, lacking any content, mere blanc pages; at most, they might have a registration number.

“I finally realized what the end of the word in theatre is, and still I’ve bee using for long various objects: chairs, cups, mushrooms, furniture, etc. I believe the most silent play I have ever written is The New Tenant, in which only objects still do something, like the moving psychic tables that might change their place, obeying to the last projection of the nervous energy outside of the consciousness. In Rhinocéros I tried to show how collective delirium comes to be, collective blindness, and how a certain truth can be salvaged, kept intact, inside of one individual consciousness. All people got from it in the end is that Gustave Le Bon had long before written about the phenomenon called mass hysteria. It is very likely that Rhinocéros will become incomprehensible – I hope – in a world in which all people will have become lucid, having a free personality, autonomy of thought, without being separate from one another. In that moment, nobody will have a clue anymore abut what I meant with this play. Of they might then try to decode it like a document pertaining a bygone time. I hope this is what’s going to happen.” – Eugène Ionesco, Teatru VI, Humanitas, 2005

“A performance serving lucidity: `I am the last human being and shall remain that…` is the echo lingering in the ears of the audience long after they have exited the theatre hall. Which means the director has reached his goal: he incited reflection and nourished it with a few suggestions and ideas carefully slipped during the two hours of the performance. An act of courage completely taken on by the whole team, including the actors of the Mihai Eminescu National Theatre (…). A protect performance, one of directorial forms taken to a dead end: who takes responsibility for the part of the last human being on Earth? A theatrical manifesto worthy of representing the theatre of Timișoara in 2021, the year it shall become European Capital of Culture.” – Nona Rapotan, „Sinceritatea metamorfozei perfecte”, Bookhub.ro / 2021 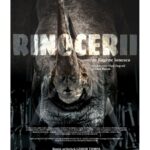 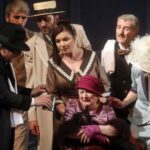 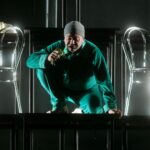 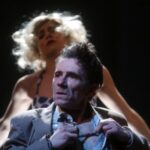 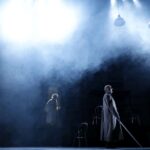 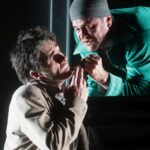