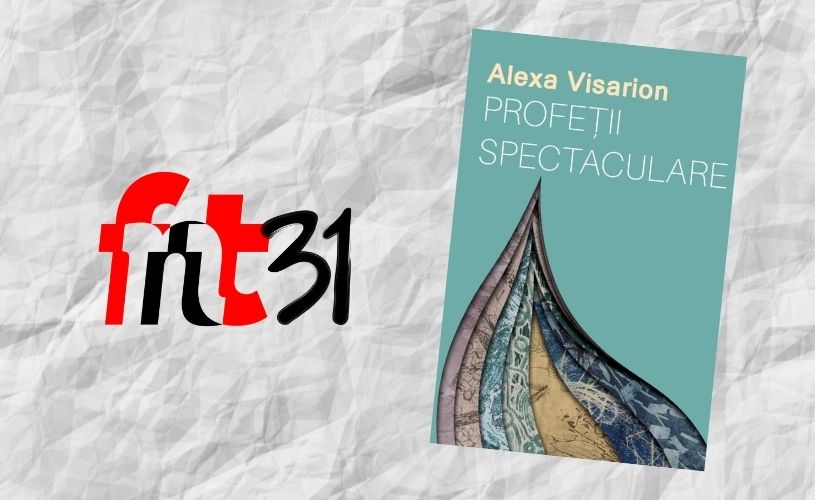 Reading his books, I confirmed an old assumption: Alexa Visarion is not just a director of actors, but a director of words. When he writes a text, he seems to cast every word he uses. The text becomes a performance, the words act as characters that enter and exit the stage of the page in a calculated way. Their paths are well lead, their sounds are carefully articulated, the energies one wouldn’t have guessed inside the most banal of verbs or just a toneless conjunction. The text becomes vivid, effervescent, impeccably organised jostle. The word is idea, the word is pregnant with thought, with meaning and sense. Alexa Visarion has this rare, inborne sense of knowing the second, the subsurface, deep parlance of words.

Sometimes I think of him as of a tall man standing at the foot of a metropolitan church or of a theatre and feeding pigeons. The birds find themselves onto his arms, shoulders, onto his wrists and onto all the joints of his being. The man fuses into the idea of flight, enveloped as he is, by wings. Getting closer, it becomes clear it’s not pigeons, but words, called to express Alexa Visarion. This is how I think of his connection to his language, Romanian, a language he elevates, a language he discovers with its sonorous volitation, a language he speaks and writes with emphasis, with that firm tenderness that describes him. Alexa Visarion nourishes the words of the Romanian language with his past and his present, just like a man who feeds the town square pigeons, some summer evening.
Alexa Visarion is one of those authors I can hear when I read them. The pages of his books contain not solely this thoughts, feelings and attitudes, but his voice too. They can’t be separated of him who has freed them to the worlds, even if they would fly away from the book the compose, wearing the mark of a vigorous creator, who transfuses himself into everything he touches.