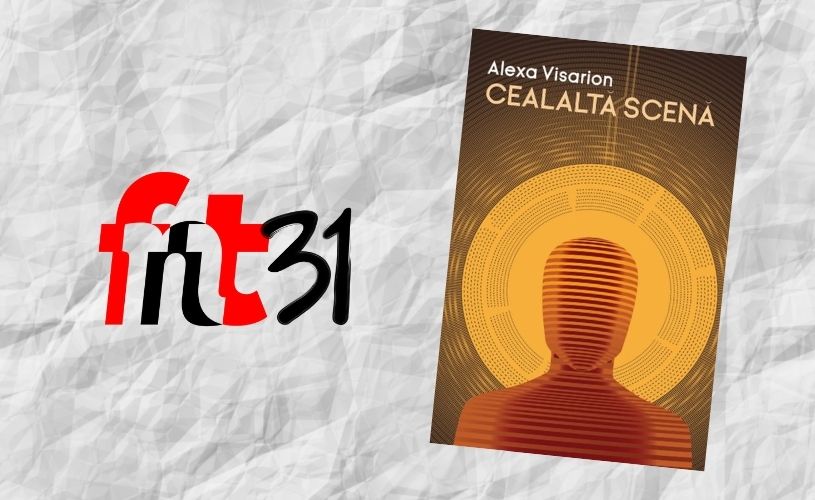 Can be purchased here:

Alexa Visarion’s reading is impressive– substantial encounters with other spaces and temporalities. There aren’t many Romanian theatre maker who can reference with ease to Nietzsche and Kierkagaard, to Berdiaev and Schopenhauer, to Bergman and Barthes, to Cioran and to Shestov, to Eclessiastes and the great European poetry, to ancient, as well as contemporary philosophies. It is true that he als cites from other authors, but no one cites from authors the way Alexa Visarion does; he invokes, organically claiming from inside a widened self, as Noica used to say, a generic consciousness (as seen by Kant) reminding us that we are neither the begininning, nor the end of anything.

Alexa Visarion has proven over the past years as a writer devoted to theatre, searching an suscitating its energies through dense, actual and sensual words. His thinking grows roots, feeds on the exhaustless humus of the language he explores, with almost physical, almost erotic pleasure, as he mobilises words and reveals ideas, in association with their emotive value. What used to fascinate on stage, in his work as a debutant has translated to his writing, to the book as the double of the stage, the two becoming unseparable. Communicating vessels disposing of equivalent energies! I read his pages with passion and I retrive with pleasure his reunions with the stage. Reunions overshadowd by the wing of consummation and the melancholy of disappearance.