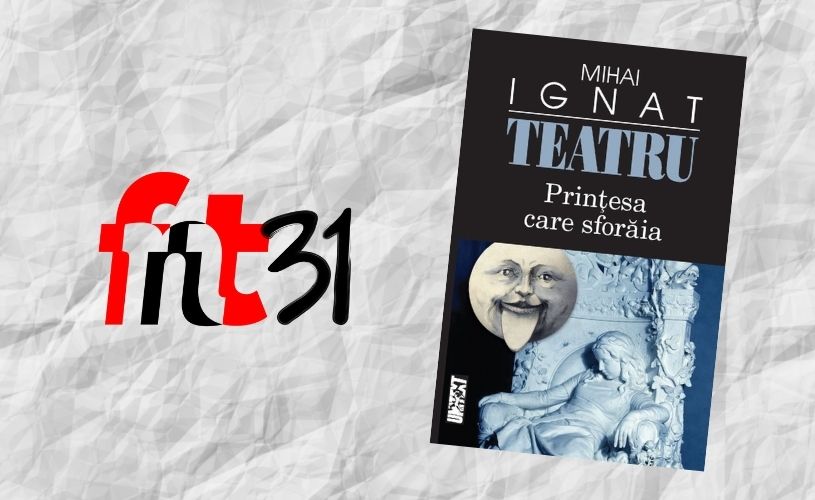 Press here to read the play for free

The Snoring Princess won the Best Romanian play of the year 2020 competition. The prize was awarded at the 29th UNITER Awards Gala, and UNITEXT Publishing House of UNITER published it. It is the second win of this award for Mihai Ignat.

“At the age of 17, together with two friends, I invented a literary current: Differentialism. Everyone thought it was a car component.
At the age of 25, I won the “Silver Lion” at the Venice Film Festival: as an extra in the film Luxury Hotel. Although I had to represent my own existence – a student at the time, I was playing a (sic!) student – the quality of my performence was horrenduous.

At the age of 36, I made my debut as a playwright directly at BBC London: with Crisis. In conclusion: even the worst moments of life can be good for something.
My passions: film, female nudity, Murphy’s laws. I am not an extraordinary person, on the contrary, I have all possible flaws, from shyness to vanity. Good boy, but with a deviating septum & two metal teeth, zapper, addicted to the cinematic image, fed up with abstractions, theories, concepts & ideas, eager for various rhythms. Overloaded with prejudice and lazy as a cat. In 1992, hunger made a stop in my stomach… Do you want more? Then read me!

„Mihai Ignat doesn’t need to describe sets, everything happens at the level of feelings that break out on the surface through words. Hence the ease of reading them and, especially, of feeling them. Mihai Ignat’s plays do not need a stage, they do not need a prelude, a previous history, they do not continue but they can end leaving one with the question– what role do I play in this play?– in mind.”