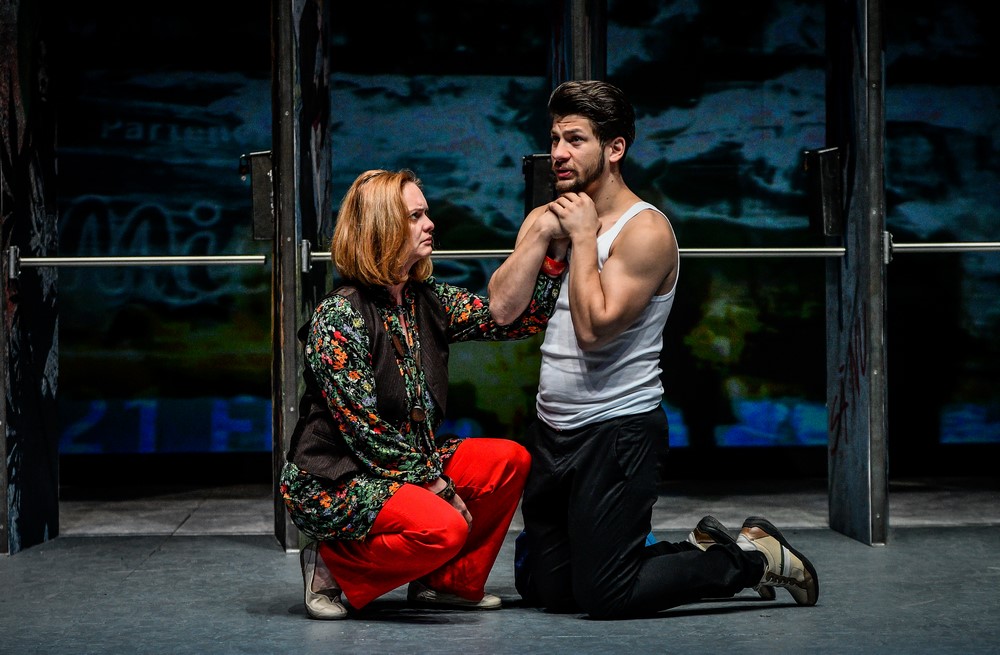 10 is an original project of its creative team, inspired by the Ten Commandments of the Old Testament. They have represented the moral code of the people of Israel, as well as the ethical foundation of the whole of Christianity for two millennia. The text contains ten stand-alone, but interconnected scenes, with ten main characters.

Suitable for ages 14 and above

The jigsaw puzzle-like structure develops and completes itself gradually in a complex detective story script, each scene having one of the ten characters as a protagonist presenting their life from their own perspective, as a breaker of one of the Ten Commandments. The topic is loosely based on the actors’ personal experiences, developed and fictionalized by the playwright.