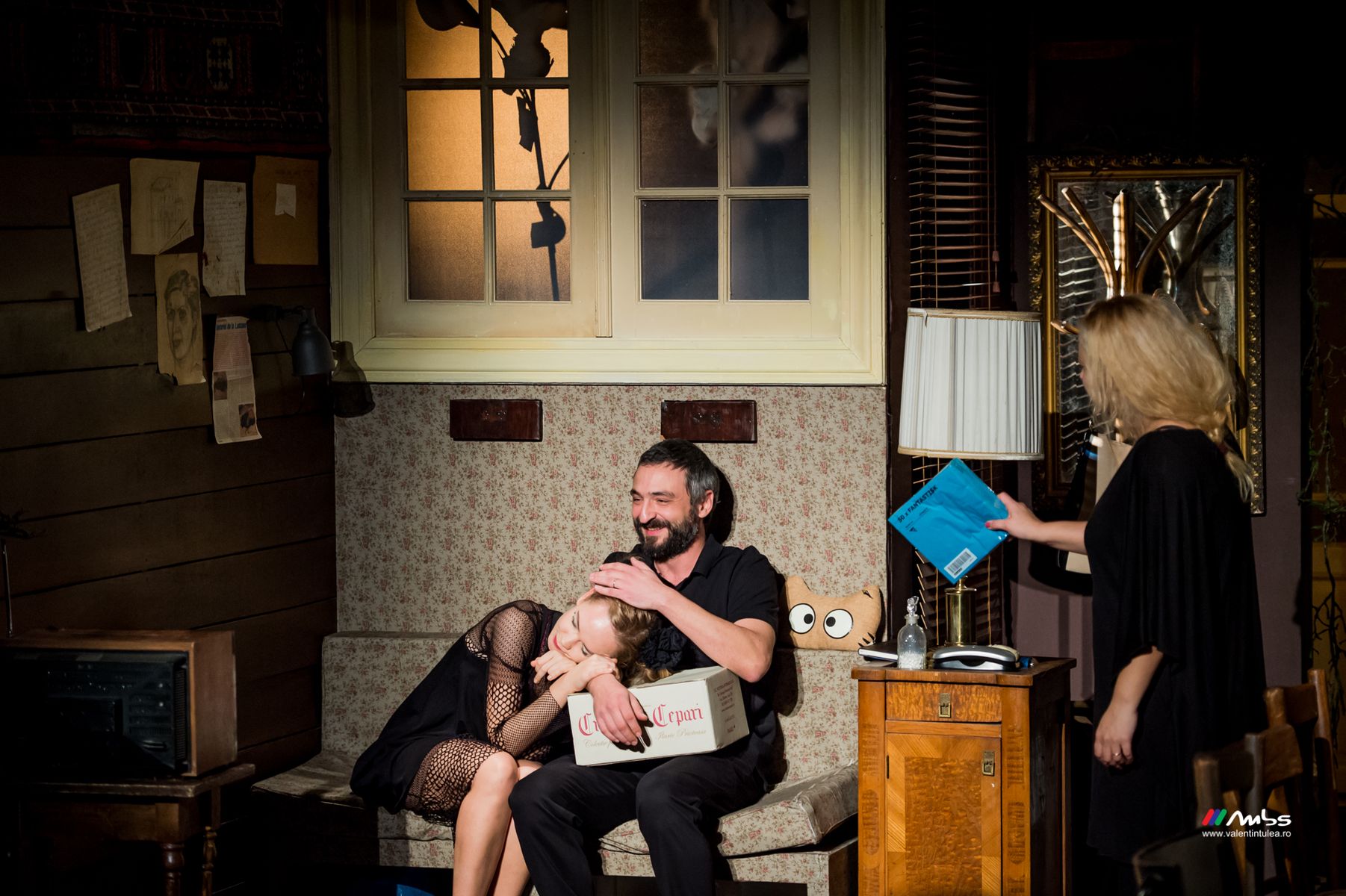 Three sisters decide to return home when their father unexpectedly goes missing. Nothing manages to stop their mother from being her ironic, cruel and acidic self, one who devours everything around her, including antidepressants, her daughters’ lives and the lies she hid in the distant past, not even the father’s death and his imminent funeral.

Permission granted by Abrams Artists Agency, 275 Seventh Ave./26th Floor, New York, NY 10001, USA. All inquires concerning rights to the play shall be adressed to the above.