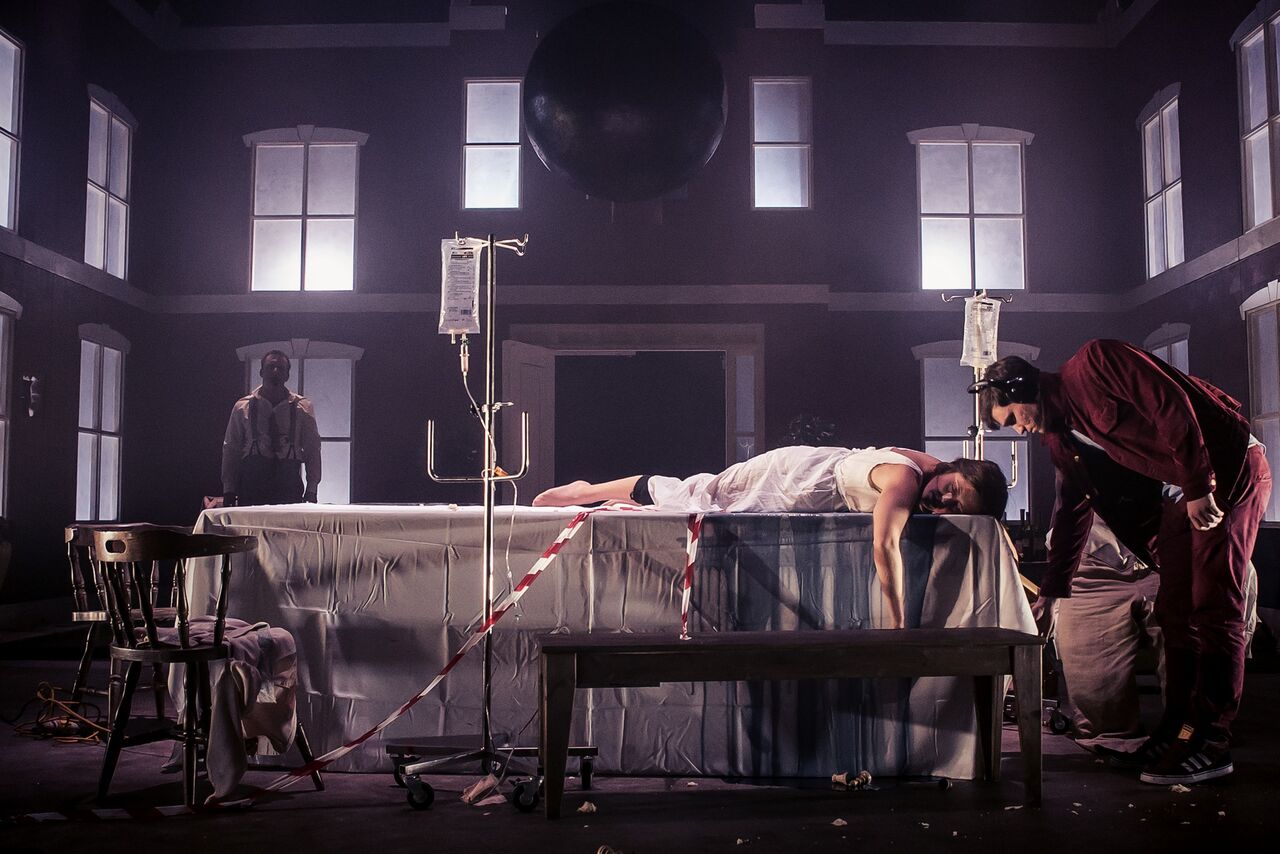 ‘I’m having absolutely nothing to do with the theatre or the human race. They can all go to hell.’ – Anton Chekhov

With the support of:

Suitable for ages 12 and above

During the turmoil of the Russian Revolution in 1917, Maria Chekhov, Anton’s sister, placed many of her late brother’s manuscripts and papers in a safety deposit box in Moscow. In 1921 Soviet scholars opened the box, and discovered a play. The title page was missing. The play they found has too many characters, too many themes, too much action. All in all, it’s generally dismissed as unstageable. Like life.

Dead Centre, creators of the OBIE award-winning LIPPY (winner of a Fringe First, Herald Angel Award and the Irish Times Theatre Award for Best Production), return to do injustice to a great playwright. Chekhov before he was Chekhov.