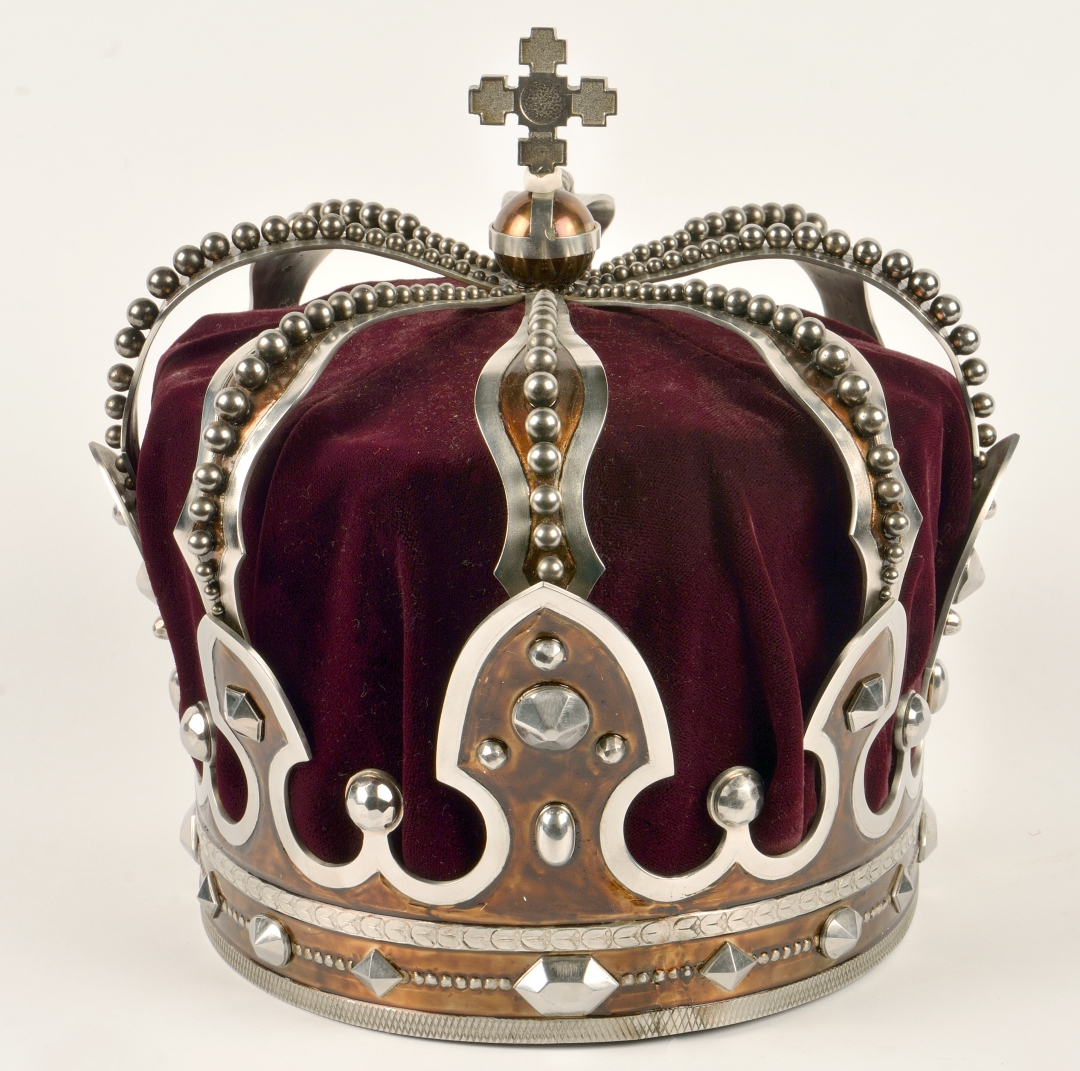 Romania’s Royal Crown will be exhibited in Bucharest during the National Theatre Festival, in the “Memory” Hall of the festival’s HUB, in Gabroveni Inn, a historical mansion in the Old Town.

In this centenary year, we are honoured to host the most precious symbol of Romania’s Independence and Union, and happy to be able to offer the public in Bucharest the unique opportunity to admire the Royal Crown, this symbol of all Romanians, from 20 to 28 October.

Last December, The Crown escorted his Royal Majesty King Mihai to his final resting place, from the Peleş Castle in Sinaia, with a stop under the Arch of Triumph, then to the Royal Palace in Bucharest and to the Royal Tomb in Curtea de Argeş. On 20 October 2018, the Royal Crown of Romania will be brought to Bucharest and properly welcome, in order to be placed at the very heart of the National Theatre Festival, at the HUB in Gabroveni Inn, the main venue of the 28th edition of the Festival.

The exhibition of the Crown at the festival, especially in this centenary year, is an even stronger symbol of the spirit of modern Romania, of courage, dignity, endurance and union of all Romanians.

It is not just “a crown” made of gold and precious stones, meant to adorn the forehead of a king. At King Carol I of Romania’s special request, following Theodor Aman’s design, the crown was made from the steel of a cannon captured in the Siege of Plevna, when the Griviţa redoubt was attacked, on 30 August 1877. After the Independence was declared, Carol I became the King of Romania, on 10 May 1881. At the ceremony, the King declared, “I proudly accept this Crown, made of the metal of a cannon covered in the blood of our heroes, and hallowed by the Church. I accept it as a symbol of Romania’s independence and power.”

The Steel Crown is now preserved by the National History Museum of Romania. It was worn by Kind Ferdinand I on the Great Union Day of Alba Iulia, and also by King Mihai on his second coronation as a monarch, on 6 September 1940. In December 2017, the symbol of the Crown accompanied the King of Romania during the funeral procession.  The warmth and deep emotion of thousands of Romanians from all over the country who witnessed the moment are proof of that togetherness, of “staying together”, an idea that His Royal Majesty King Mihai always stressed in his messages and considered to be a noble duty during all his lifetime.

We are thankful to the Peleş National Museum and the Royal House of Romania for the honour of entrusting us this priceless symbol of our history. The National Theatre Festival considers it an honourable duty to host and present to the public such a precious symbol, still full of life. Its delicate execution and beautiful details can be admired between 21 and 28 October, from 10 a.m. to 7 p.m.

The ceremony presenting the Royal Crown of Romania and exhibiting it to the public takes place on 20 October starting at 1 p.m., in the “Memory” Hall of the Festival HUB.