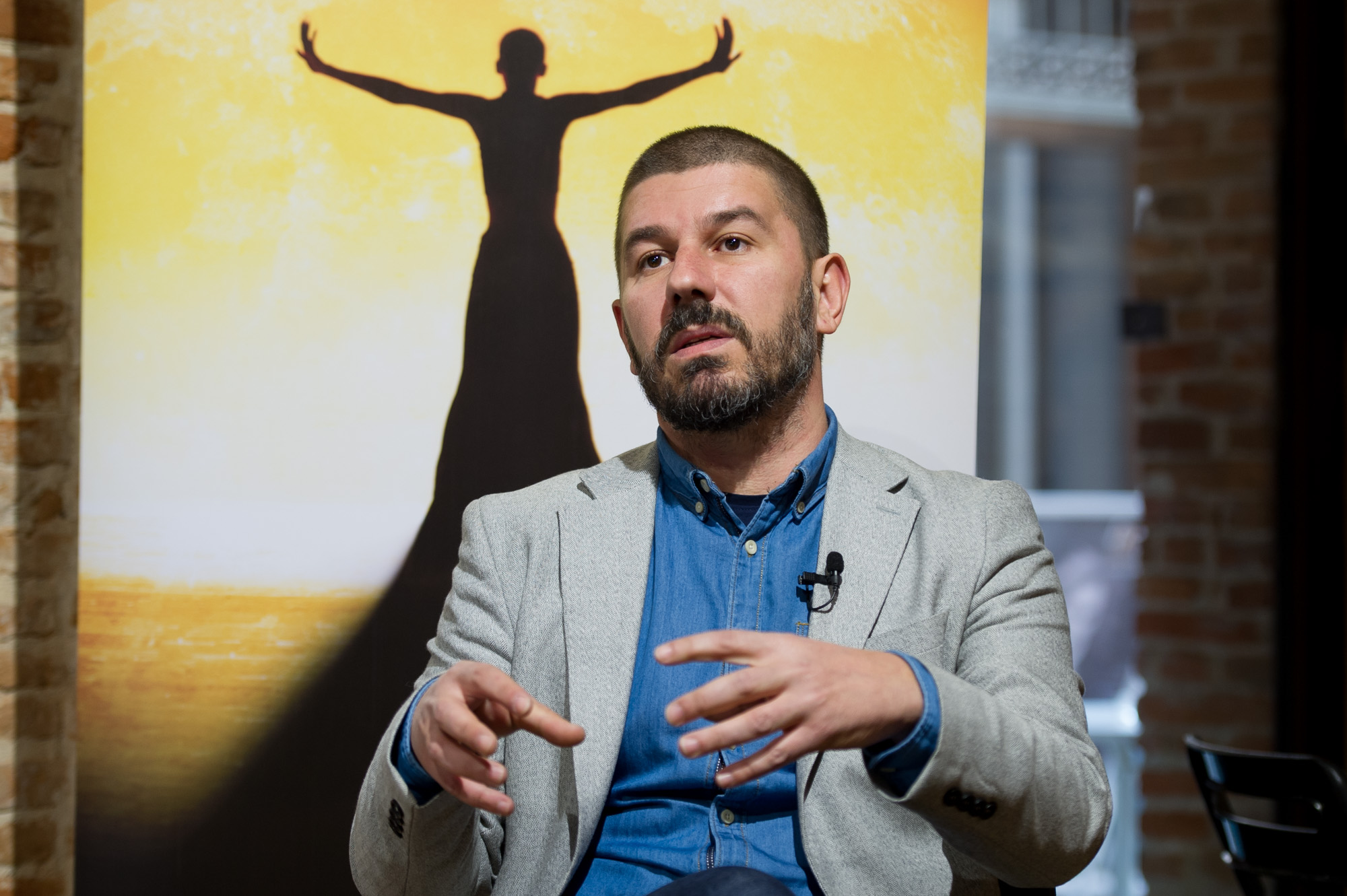 Ivan Jerchich is, in Macedonia’s second-largest city, the Artistic Director of the Bitola National Theatre and one of the Artistic Directors of the Bitola International Shakespeare Festival, which this year had its 6th edition. Ivan Jerchich is no stranger to Romania, he has worked with Ion Caramitru, the famed Romanian actor, director and currently head of the Bucharest National Theatre, at a production in Bitola and also at the Bulandra Theatre 12 years ago. Participating in this year’s NTF in Bucharest, he shared his thoughts on the role of theatre in our contemporary society, both in his country and worldwide.

Theatre in Macedonia, between past and current struggles and a process of renewal

I cannot speak about the situation of Macedonian theatre nowadays without talking about its past. In the past 15 years, our theatres have been struggling with financial and technical equipment problems, the spaces available for young people, etc. But, from my point of view, money was not actually the main problem, but rather the fact that Macedonian theatre was very closed and self-centred. Very few of our performances were present at relevant theatre festivals in the Balkans and across Europe. We were not visible because of the cultural policies of our former government, which wanted all art and culture to be Macedonian, it was as if we were self-sufficient. Also, as a consequence, companies and theatre people were not able to see what other theatre people were doing outside our country.

This has started to change, fortunately, as many young and open-minded people have become active in the Macedonian theatre. Young people are willing to work, even to struggle, and put our theatre on the international map again.

The Shakespeare Festival in Bitola, that he is one of the Artistic Directors of

The idea to make a Shakespeare Festival came after our participation at the Globe to Globe Festival in London in 2012, which was held during the Olympic Games there. Bitola National Theatre was one of the few theatres from the Balkans who participated. Since then, during the past 6 editions of our festival in Bitola, we enjoyed the participation of companies from all over Europe and even from China, the U.S.A., Canada, Mexico. This international opening has been wonderful and highly beneficial.

I must say that my coming to the NTF has created a bit of frustration for me, because the organisation here is so well done and on such a big scale. At the same time, it has given me the inspiration, strength ambition to improve the organisation of the Bitola Shakespeare Festival.

The role of theatre in the daily lives of our societies

Theatre can indeed relieve the stress people and societies feel precisely by making them face what is a source of stress for them. I think theatre must be engaged and must talk about the relevant themes and issues happening in society. This is for sure, we cannot release the audience from the responsibility of what society is going through, so we have to help them face this, and in this way help them. Theatre can help with that because it tackles social issues on a higher level. In real life maybe we put some problems at times ‘under the carpet’ and have a rather micro-level-kind of view on everyday life. But when you face problems at the theatre, then that’s a more efficient way of doing it.

About the idea that art can change the world

Of course I believe arts and theatre can change the world – if I didn’t, I wouldn’t be still working in this field. Engaging and talking openly, through art, about all the issues that concern us all over the world and especially in the Balkans – this way we can influence the mindset of people. At the end of the day, if even just one person from an audience is going to be a better person after seeing a performance, then that will be a really great success.

More pictures from the interview here