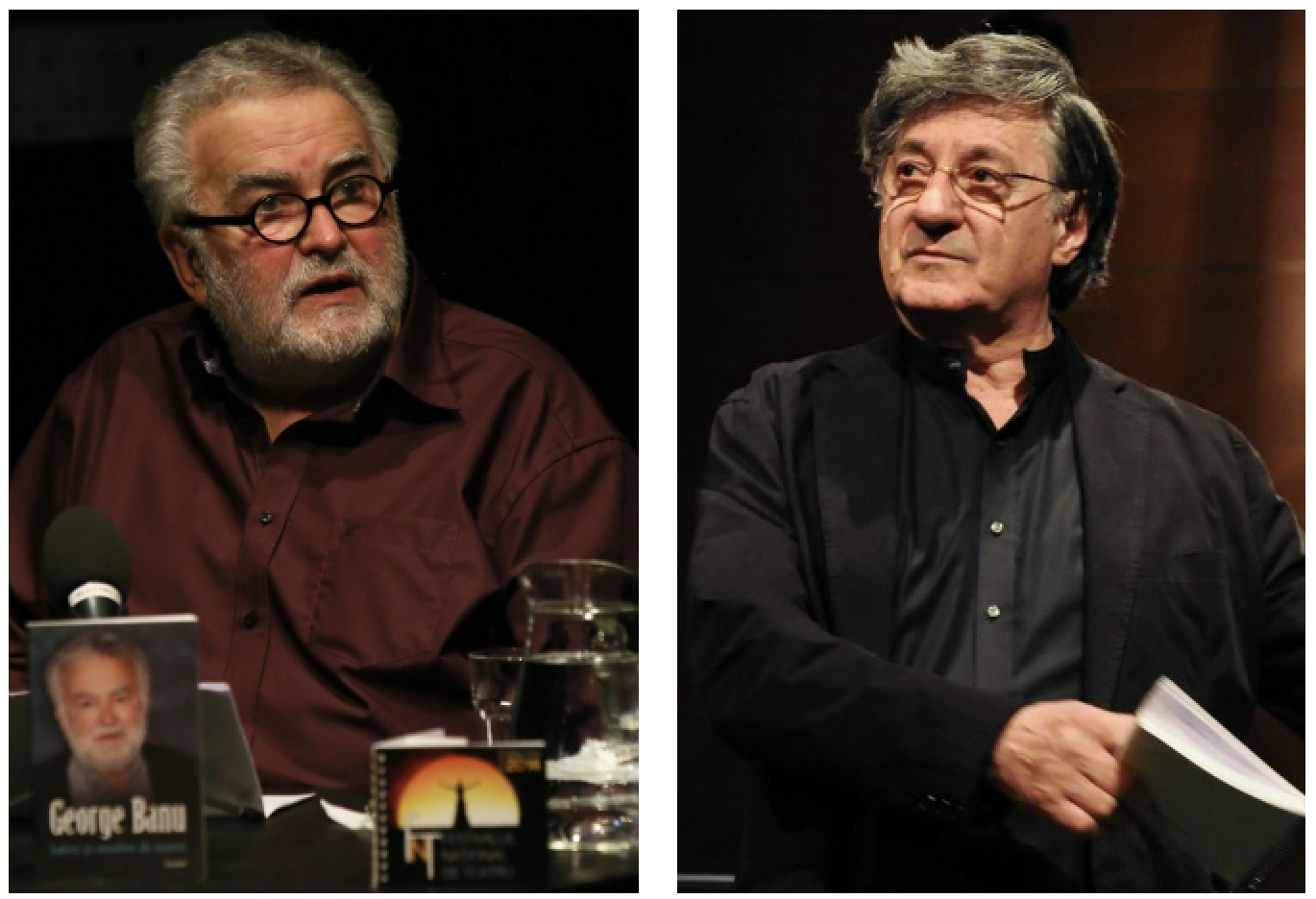 For the RNTF audiences, the dialogue between two great personalities of the contemporary artistic world, will represent a very special highlight. George Banu, professor, theorist and reputed theatre critic and Ion Caramitru, actor, director and manager of the National Theatre in Bucharest, both having lived the last 50 years with, from and through theatre, both major contributors to the development of the art of theatre will meet on the stage of the Romanian Athenaeum.

Their paths in the theatre world start at the same point: 1964, The Theatre and Cinema Institute „I.L. Caragiale”, acting class of professor Beate Fredanov- the moment when the stories about contemporary theatre, the topic of the Conference Georges Banu in dialogue with Ion Caramitru, on Saturday, October 28th, at 18.00 on the main stage of the Romanian Athenaeum.


„It will be an encounter, an arch in time. We will reconstruct our road together, our separated paths, at the end of our studies, of the time we spent as students and colleagues. We will make an inventory of our destinies in theatre, of our discoveries, our moments of fulfilment, of all the events we’ve been through, as artists and as free human beings”. (Ion Caramitru)

„For a while, it was said theatre would disappear- a prediction that proved false- but still, I understood at that point that if theatre, as an art form could lose its impact, become marginalised, theatricality is consubstantial to the human being, it defines it. Shakespeare, who was a continuator of the Greeks and the Romans often said: „the world is a stage” and we are its unfatigable actors. I observed the world stage, looking for artist- geniuses and for politicians who were infected with the virus of theatre.

Today, together with Ion Caramitru, the exemplary Hamlet of my generation, we will speak about the alternatively discreet and flashing relationship between stage play and political game. They do sometimes overlap and melt into each other, as Ronald Reagan mentioned (ironically) in his famous discourse, when asked: „How can an actor become president of America?”. „How can somebody become a president without being an actor?”, Regan replied, just like a Shakespearian character. Theatricality offstage may be loathed or admired, but will never be absent from the world stage, where Obama is accused of resembling to the Danish Prince and Trump seems to be the direct descendant of King Ubu. Theatre helps us understand the world and the human being. The world stage is a book of life!”

Access to the conference George Banu in dialogue with Ion Caramitru will be granted upon presentation of a ticket.

Tickets will be on sale starting Monday, October 16th, at the box office of the Romanian Athenaeum.

We look forward to welcoming you to the festival!

Follow us on www.fnt.ro, www.mystage.ro and on the Facebook page of the Romanian National Theatre Festival (Festivalul Național de Teatru).