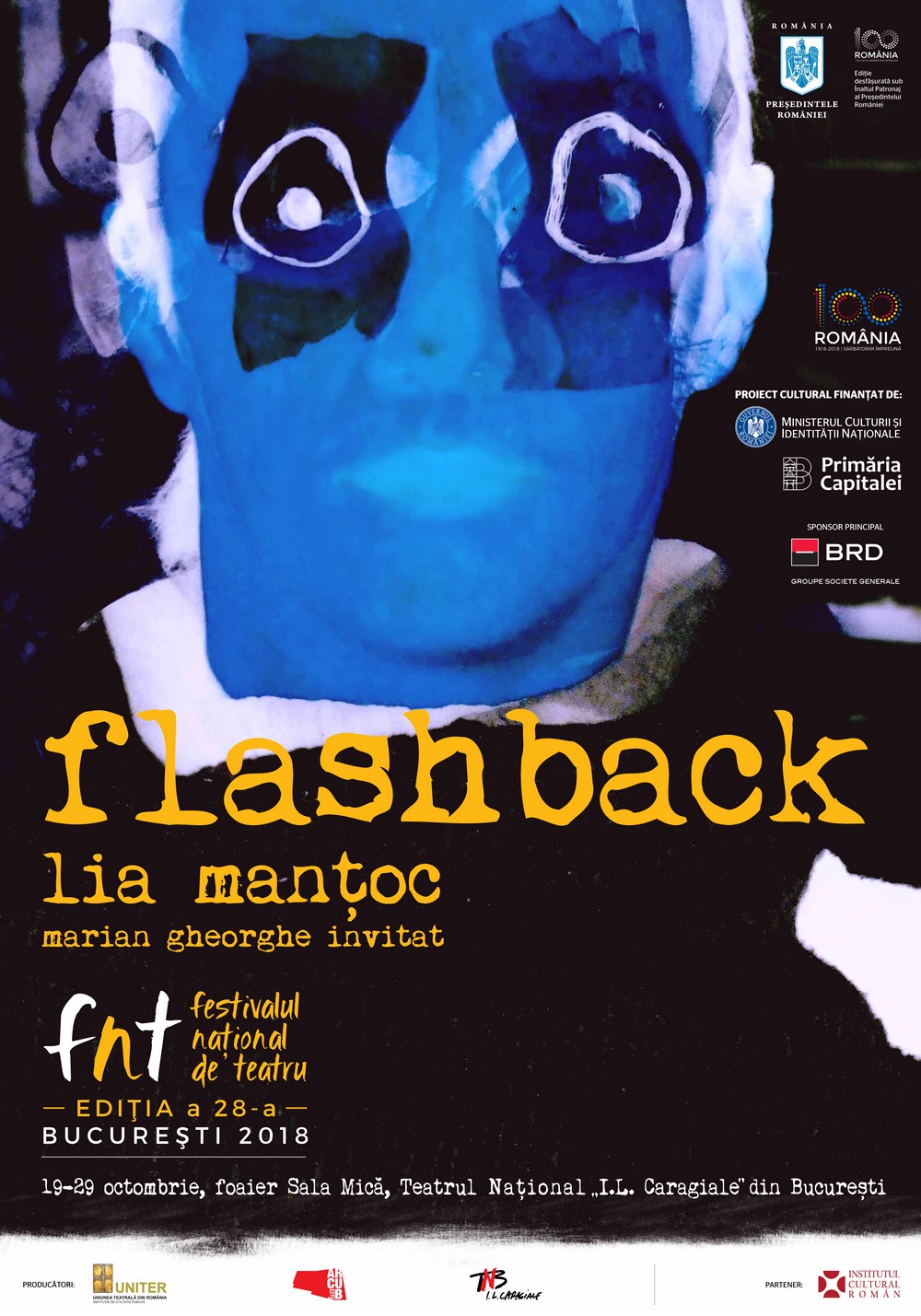 The audacious avant-garde aesthetics of Romanian art director Lia Manţoc, an immensely modern and lively approach, following the great European theatre tendencies and the dynamics of visual trends, has supported the choice of plays made by the directors she has worked with. The first line was the one that she inaugurated with theatre director Cătălina Buzoianu. A long, constant, deep and relevant collaboration for the Romanian theatre. Performances such as Clothing the Naked, The Master and Margarita, Ivona – Princess of Burgundia are synonyms to the glorious age of the Small Theatre, as well as to excellence in the Romanian theatre in general. The inner freedom of a big, complex artist may be one of Lia Manţoc’s biggest assets.

At the Bulandra Theatre, Cătălina Buzoianu and Lia Manţoc worked during the most difficult years of the communist era. In 1987, they wrote a real page of our history, using an impression visual language: Wasted Morning, after a homonymous novel by Gabriela Adameşteanu. The costumes designed by Lia Manţoc brought on stage the interwar world, in perfect impressive detail. Right after 1990, Lia Manţoc’s path crossed the path of influential director Vlad Mugur. Back from exile, Vlad Mugur chose Lia Manţoc, and worked together for years, both in Romania and abroad. Hamlet, played at the National Theatre in Cluj, is the theatre manifesto of a terribly young spirit.

With Silviu Purcărete, she prepared strong, incredibly creative performances, such as Faustus, Gianni Schicchi at the Hungarian Theatre in Cluj, Macbeth by Eugène Ionesco at the Royal Shakespeare Company in London. The artist also worked with the director on his cinema debut, Somewhere in Palilula.

She collaborated just as tightly with Horaţiu Mălăele and Andrei Şerban.

Animated by an impetuous creative ego, Lia Manţoc is a huge personality, an artist of a rare strength, who built an impressive career by totally accepting her condition of a rebel yet humble artist. Lia Manţoc’s artistic universe is rich in images, in the meaning that the word gives to the form, to the costume, to the makeup on stage.

Flashback is a series of powerful and manipulating images. An invitation to an inciting universe, in a delirious rollercoaster in which reality and fiction have long lost their edges. Flashback is a throwback, a look behind, conducted by artist Lia Manţoc. We shall see what we are allowed to see, we shall feel what inner freedom allows us to feel.  (Marina Constantinescu)