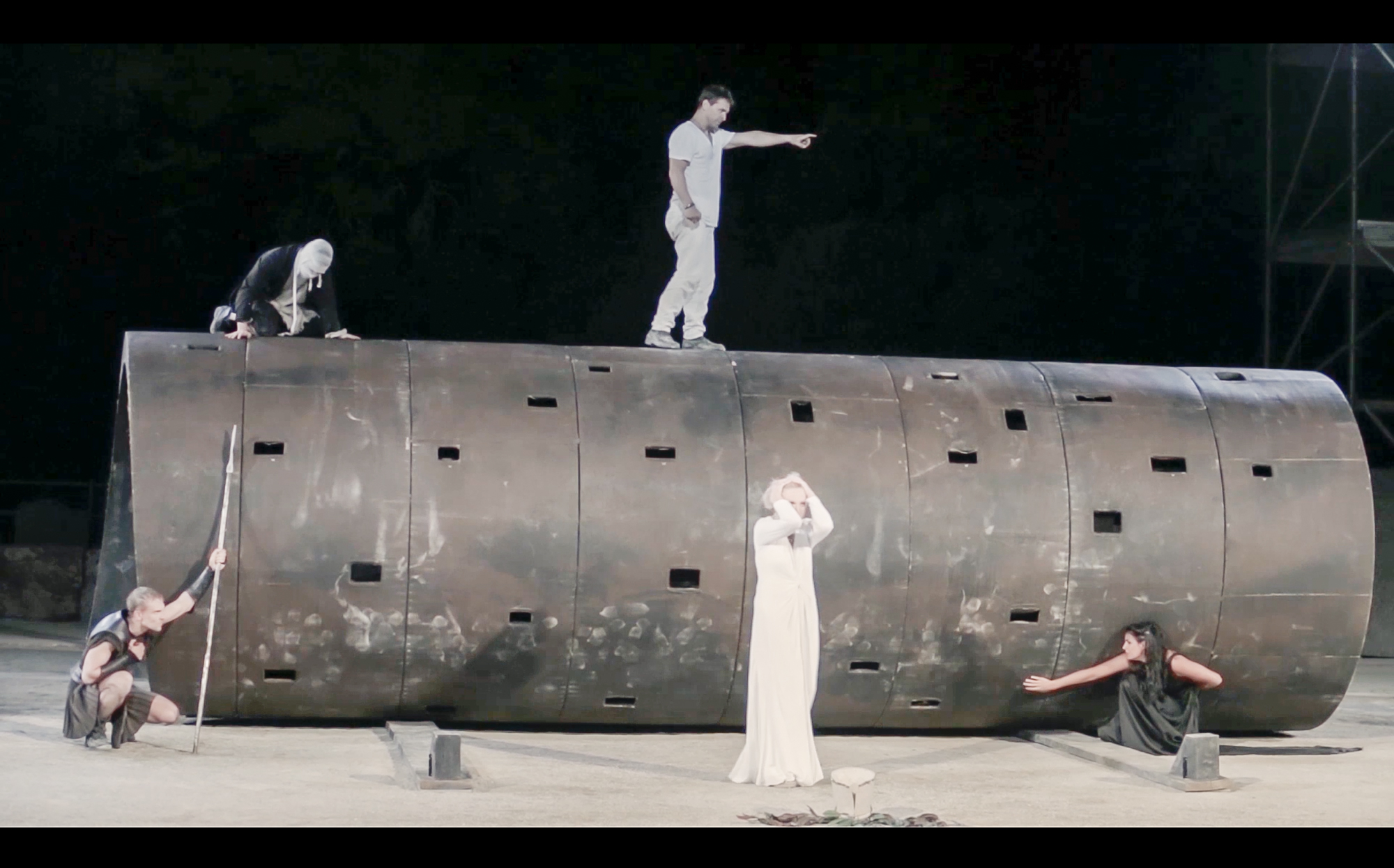 On 29 July 2016, on the stage of the Ancient Theatre of Epidaurus, Oedipus Rex by Sophocles premiered, a common project of the Academic State Theatre Vakhtangov (Russia) and the Greek National Theatre, Athens.

The initiator of the project was the artistic director of The Greek National Theatre, Stafis Livafinos, who is also the director of Epidaurus Theatre Festival.

The whole journey of preparing the impressive performance, directed and produced by famous Lithuanian director Rimas Tuminas, with set design by Adomas Yatsovskis and music by Faustas Latenas, was followed closely for several months by documentary film directors Alexander Myagchenkov and Marina Merkulova.

In their film, the three main filmmakers, actors Lyudmila Maksakova, Viktor Dobronravov, Evgeny Knyazev, Arthur Ivanov, Evgeny Kosyrev, Maxim Sevrinovsky, Eldar Tramov, Valery Ushakov, Ekaterina Simonova, Pavel Yudin, and the members of the choir of the Greek National Theatre, with the whole technical and artistic crew go together through the whole making of the performance, during 100 days of research, rehearsals, tension and the adaptation of the whole play to the impressive space of the amphitheatre of Epidaurus, built in the year 340 B.C.

The film was part of the workshop called “Theatre and Television” at the colloquium “The International Theatre Movement” – the Academic Dramatic Theatre, Vladimir (Russia).