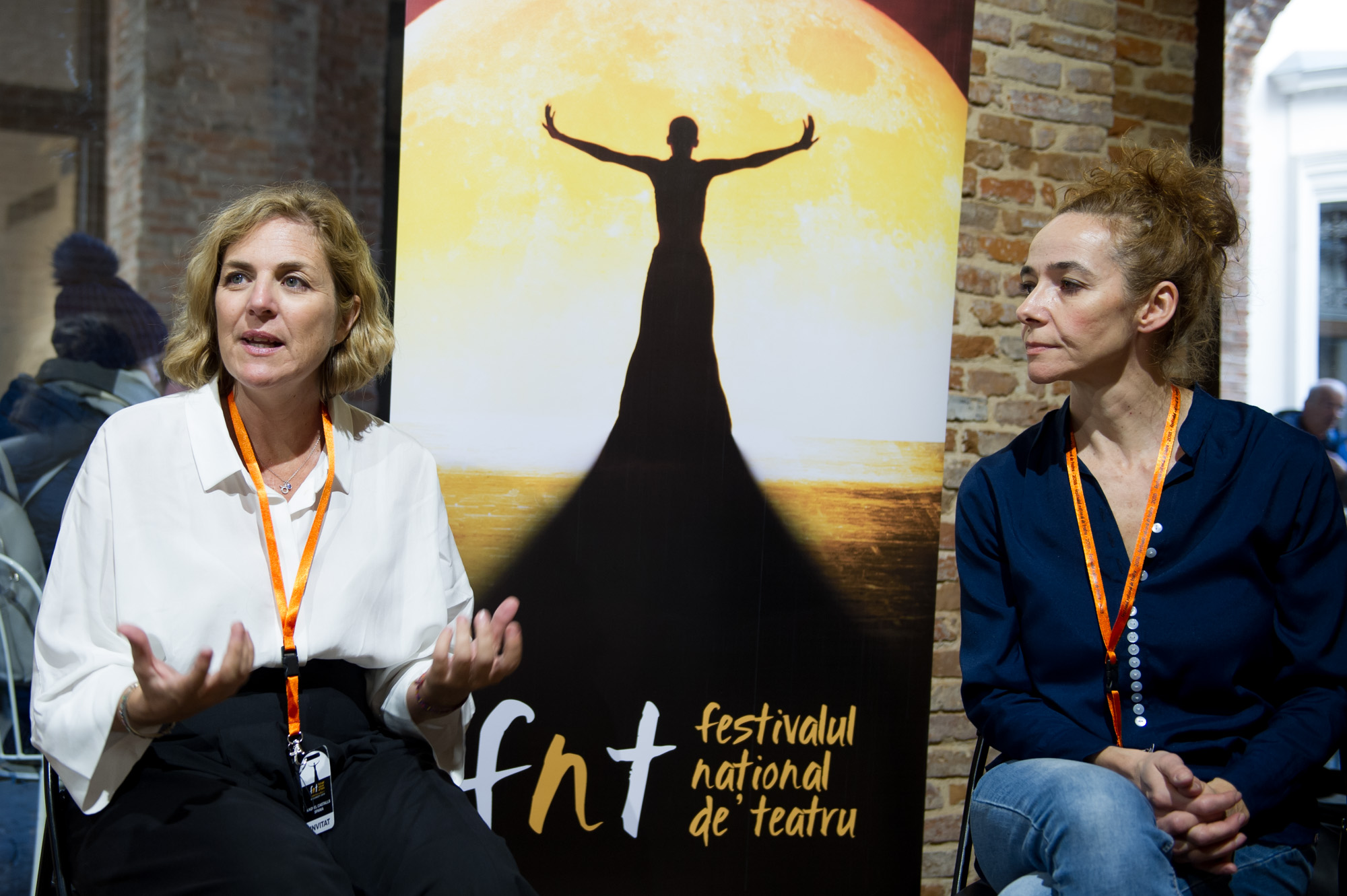 This year’s NTF in Bucharest has, just like every year, been a chance for numerous inspiring encounters between performing arts professionals from all over the world. From Spain (and Lebanon) there were two guests involved in the creation of what shall be, starting next year, the Bea Jaialdia European Theatre Festival in Bilbao (Basque Country, Spain). Theatre and film actress IRENE BAU is one of the initiators of the Pabellon 6 in Bilbao, a performing arts centre and ”theatrical laboratory” that brings together various artistic creators, who are the ones administrating this space. RAQUEL CASTELLS is a Spanish film producer and director, who has been working in Belgium and also Africa and the Middle East (Lebanon). They both are selectors for the above-mentioned Festival in Bilbao.

Tell us about your presence at the NTF in Bucharest this year and about the festival you are preparing for next year.

Raquel Castells: ”We came to the NTF in Bucharest to enjoy high quality performances but also in search of partners for our festivalin Bilbao. Our focus is the theatre for young audiences, youth and children, also young professionals (playwright, directors, actors) around Europe. Our festival will be just like the tip of an iceberg, where audiences in Spain and not only will have the chance to see theatre from around Europe, but we also want to build long term relationships with like-minded theatres, to work together in creating artistic residency programs around Europe, and also for researching audience development, new playwriting – all focusing on the youth.

One other focus of our Festival in Bilbao is understanding ways in which to attract new young audiences. For that we want to see how this topic is being tackled in various European countries. It’s about how to attract them but also how to make them come back.”

How would you describe the theatre scene for and with young people in Spain, and its relationship with the social reality?

Irene Bau: ”Young companies have started to emerge more and more, with people younger than 30 years of age. They bring their own form of dramatic expression and theatre language. Young people are constantly on the move and active, and more and more knowledgeable.”

Raquel Castells: ”Obviously, theatre mirrors the times and society we live in and also makes us think about things, thus being an instrument of development. Nowadays, young people have so many ways to get information and also to express themselves. These new communication and expression forms are important and need to be encouraged. The fact that theatre has this very alive energy is precisely the reason for which it will not die. But we need to get used to the fact that there are constantly new emerging languages and expressions appearing.

I have worked both in Europe, in Bilbao and in Brussels, as well as in the Middle East, in Jordan and Beirut. The topics active in societies around the globe vary depending on multiple factors and contexts, but either way, theatre remains a mirror of what happens in society. I come from a wider experience in cinematography, this festival that we are putting up in Bilbao is my first theatre project. I have joined Pabellon 6, the Bilbao theatre organizing it, as a producer with an international experience. We aim at establishing a platform for international dialogue regarding theatre for young people in terms of both professional and creative aspects.”

In such challenging times, do people still have a need for theatre?

Raquel Castells:  ”I see theatre obviously as a form of dialogue with audiences and a tool to make them thing about various things, but also as a way to heal. Art does heal souls. One can work through art and theatre, for example, with women in difficult situations, with war traumatized children, etc. In Lebanon, where I currently live, there are many people in a very difficult situation. Bringing theatre and artistic expression close to such people (and not only), some of which maybe never had such encounters before, is a way in which theatre can truly help people.

Irene Bau: ”Emotions ad empathy are essential for all human beings. In an increasingly individualistic world, were we all are immersed in our mobile phones and small little bubbles, we sometimes forget that we are actually social creatures, in togetherness with others. Feeling empathy alongside other people at a theatre performance is something that brings us back to our fundamental structure. This also fulfills out need to see ourselves reflected in others, our experiences in in theirs. In the end, what sustains us to go on is this interior world, which theatre can nourish.”

More pictures from the interview here